Lying over the mountains in the  North West of Albion is Maple Leaf Country. It stretches from the Craggy Mountains to the island strewn shore by way of open country with cities big and small. Normally the local peoples and incomers rub along just fine together but there have  been problems just recently with the government.  Big Bob Ballantine ( leader of the notorious rent strikes movement) has gone to seek refuge with his friend White Cloud. 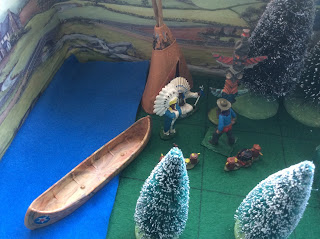 White Cloud offers Big Bob protection and all was fine for some time. However scouts have come back with information that a government force is making its way to arrest them both. Resistance is planned and plans prepared to stop the soldiers... 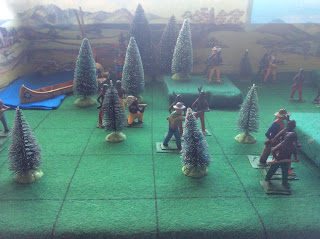 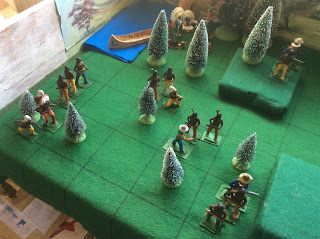 Meanwhile a government force commanded by Brigadier Timothy Horton- Starbuck consisting of  Rifle Volunteers, Naval Volunteers from the Grand Lakes, local scouts, Albion infantry and Guardsmen is on the way to make arrests. 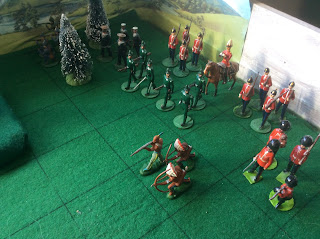 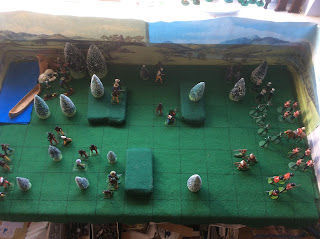 Figures are both metal and plastic, vintage and modern . I intend to fight the battle using “The Tin Army” rules over the next day or so. Watch out for a battle report soon. Will the arrests take place or will the Brigadier meet his match?