Went out today and picked it up for a pound- 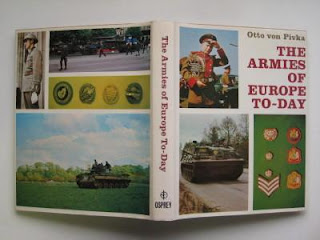 Inspiration as I await " Little Cold Wars" arriving in the Duchy here. Inside amongst other delights you will find a  lovely B&W illustration of Swiss cavalry in their last parade in 1973 and some Bulgarian Dimitroff Mausoleum Guards in their almost Ruritanian finery.
Posted by tradgardmastare at 17:27 4 comments: 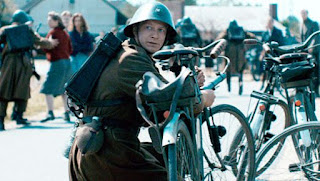 It was really interesting to see the drills and tactics of bicycle mounted infantry depicted,including them moving through a wood.It ends with interviews featuring  Danish veterans talking about their experience of 1940.The film is currently available on Amazon Prime.Well worth a watch and seeking out on dvd if you don't have Amazon Prime.
Posted by tradgardmastare at 10:37 2 comments:

Things have been quiet here on the blog of late,frankly my heart has not been in it. However a wee update on hobby matters etc. 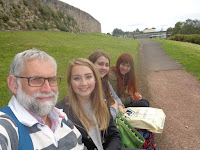 The girls and I have tried to get out and about- here we are at St Andrews. 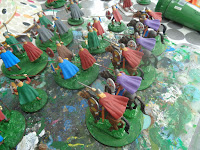 I  have rebased my 40mm figures for Lion/Dragon Rampant and purchased some knights for some 11th/12th century battles set in Norway. 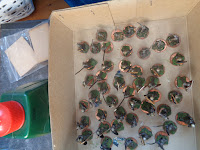 My Mythical Earth collection has grown by around 200 figures and I am rebasing them as elements (60mm square or 60 by 40mm) for use in larger battles. 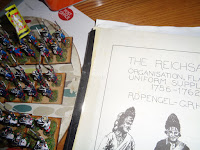 The syw figures have been rebased for the umpteenth time and are now configured on 40mm square bases. I have been listening to the cricket whilst basing/painting as well as dropping in on the colourful and exciting world of the Caribbean League limited over games on tv. Finally can I recommend this book - 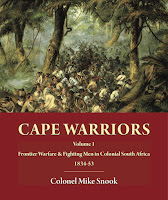 and the one on Cape Battles- splendid reads indeed.
Have a good Saturday one and all.
Posted by tradgardmastare at 08:28 6 comments:

I am currently re-reading one of my favourite novels-

In it mention is made of Prince Charles ( later Charles I) having toy soldiers and cannon. Anyone shed light upon this?
Posted by tradgardmastare at 08:33 2 comments: