Weekend at last.That part of life which is not Faith,Family,Home or Hobby (in other words £$%^) has been particularly trying this week to say the least.I am so glad it is Friday evening.
However the post man brought these- 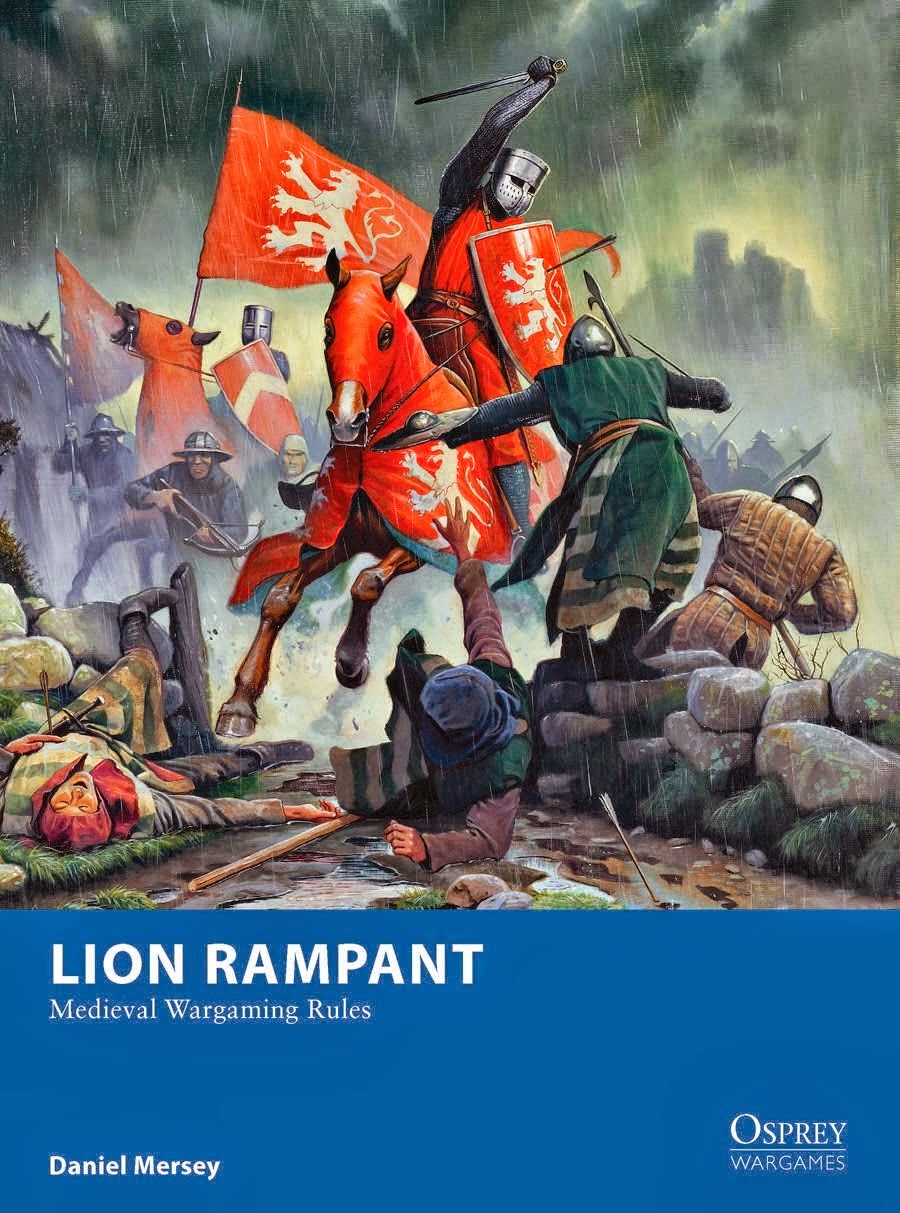 On first glance they look excellent ,well illustrated ,well written and best of all look fun to play. I intend to use them with my 28mm medievals and my 1970s Mythical Earth figures.Loads of fun ahead I'm sure. Have any of you tried them? How did you get on and what retinues are you collecting?
Posted by tradgardmastare at 20:50 5 comments:

Weekend at last.It has been a long week but it is over. The postman brought a new volume for the Duchy of Tradgardland library- 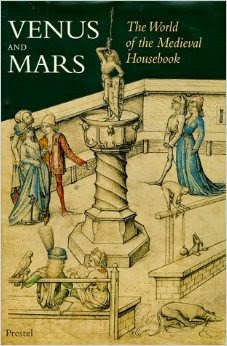 I have always wanted a copy and finally found one at an extremely good price. Many of you will know the military images from this of late 15th century troops including a wagon fort and tented camp etc. Here is an example of perhaps a less well known image- 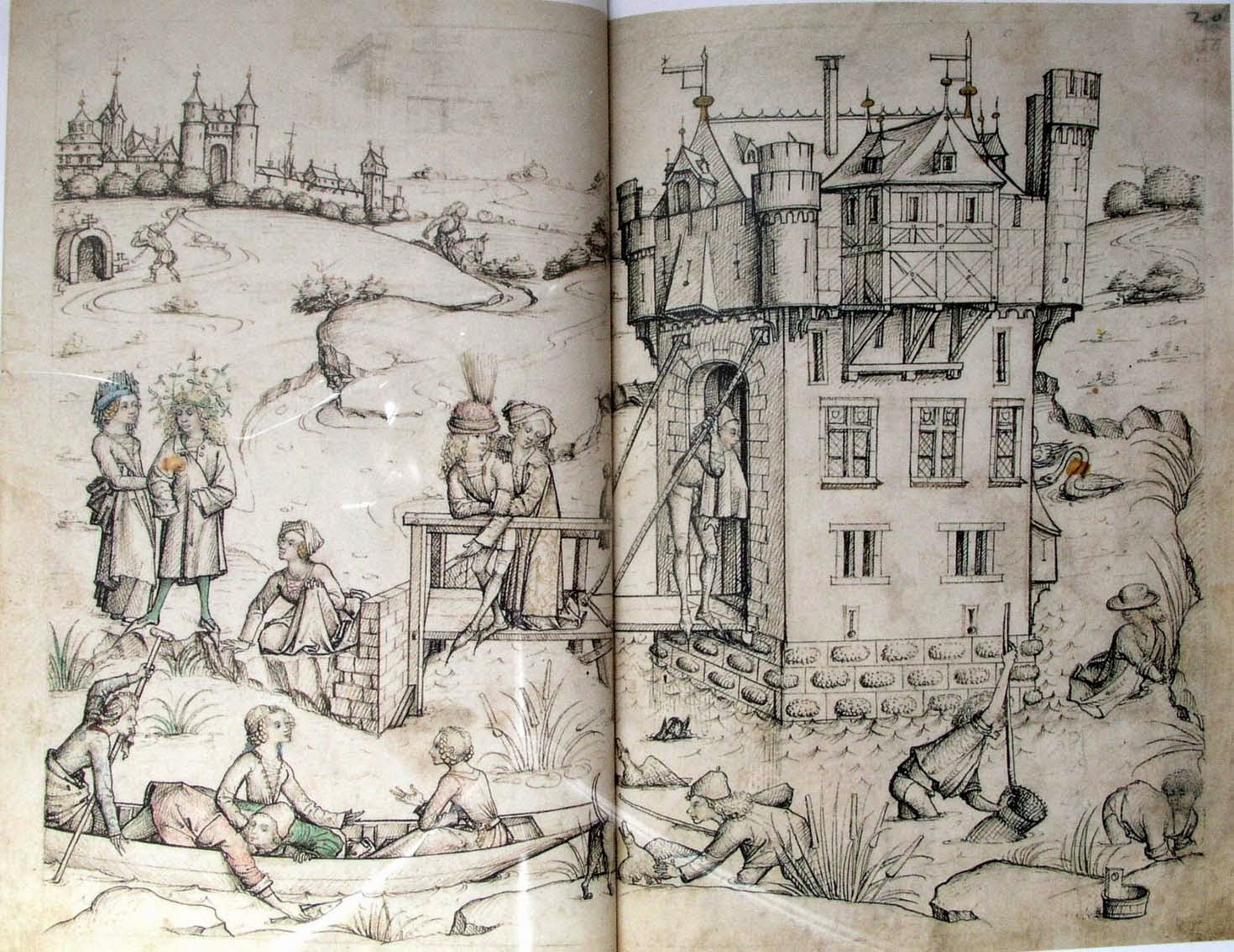 I love the detail,the wee vignettes( fisherman,swan castle details for example) which tell a story,the evocation of another time.I hope to use this as inspiration for some modelling and gaming.
The postman didn't however bring my pre ordered copy of "Lion Rampant" which I was promised would be here  today (Saturday) as ordered.Instead Amazon now say it will come around the 26th.I had pre ordered and asked for a day of release delivery-20th. However an email yesterday told me of the change-annoying as I was looking forward to reading it over the weekend.
My eldest has now gone off to the Glasgow School of Art,straight into 2nd year.She has taken her camera with her and so the Duchy is without the possibility of taking photos at present.Updates will be the written word only for the moment.
Finally a recommendation-

A most enjoyable and diverting read for the train this week,do give it a go
Posted by tradgardmastare at 07:57 3 comments:

Posted by tradgardmastare at 06:47 7 comments:

http://leagueofaugsburg.blogspot.co.uk/2013/09/the-league-of-augsburg-is-20-years-old.html
Found this  page this morning by chance when looking for uniform info  and read the following-

The chap who offered the name participated in a solitary show game and contributed not a single model yet his casual suggestion outlasted him by 19 years. I have seen him occasionally at events in Scotland and he is still perhaps blissfully unaware that it was his idea. Mr Anon was an infrequent member of an extended gaming circle during 1992-93 but quickly fell by the wayside mainly as he seemed to have little interest in doing anything more than talking about games. Ironically, the name is not what I personally would have chosen. It seemed a bit pretentious at the time and has only sat comfortably with me through familiarity of use. I however had no alternative to hand and for the sake of a scribbled piece of paper to mark our table space at a small show, it seemed churlish to object.


I think that I am indeed the aforementioned  Mr Anon!

Harry Bilton  at his best...
What do you think ?


Alan
Posted by tradgardmastare at 09:37 2 comments:

Weekend at last and a quote.

Weekend at last ,thank goodness. My eczema has had a bad  flare-up and is being a pain. On the positive side the postman has brought a couple of parcels- 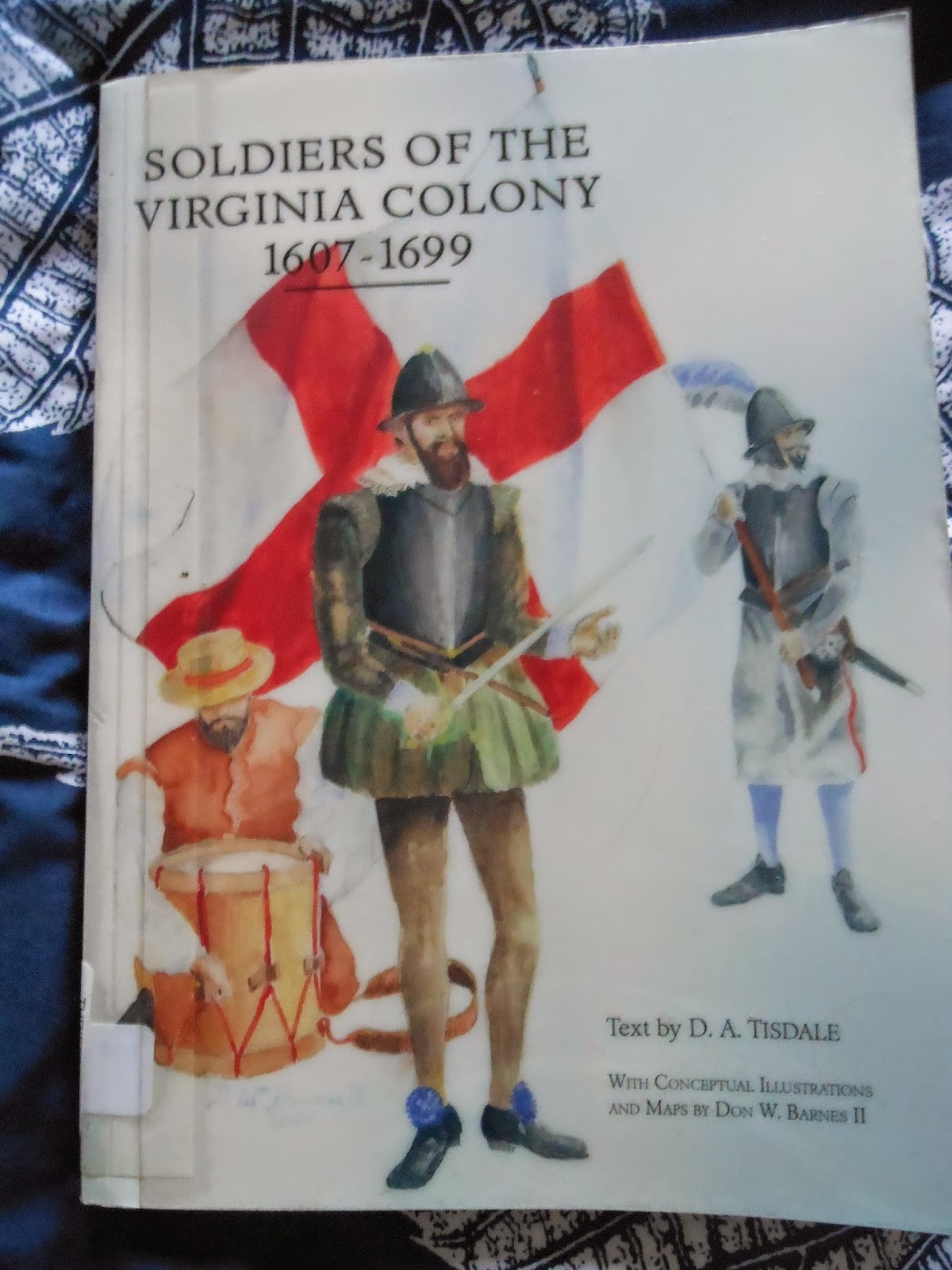 A withdrawn book from a library in America via Amazon. It looks full of interest on first flick through.
The second parcel contained these- 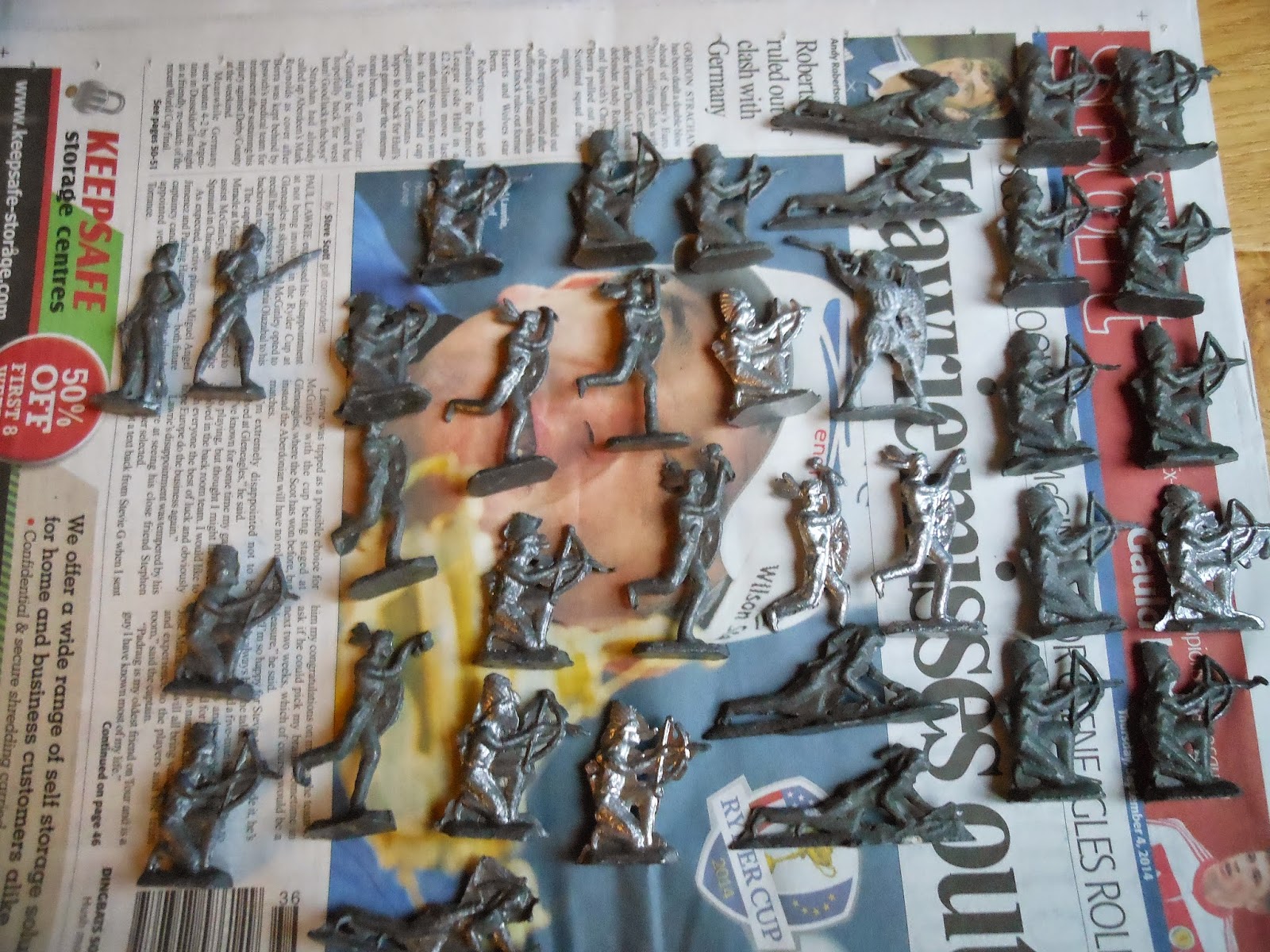 Two figures caught my attention due to them being different- 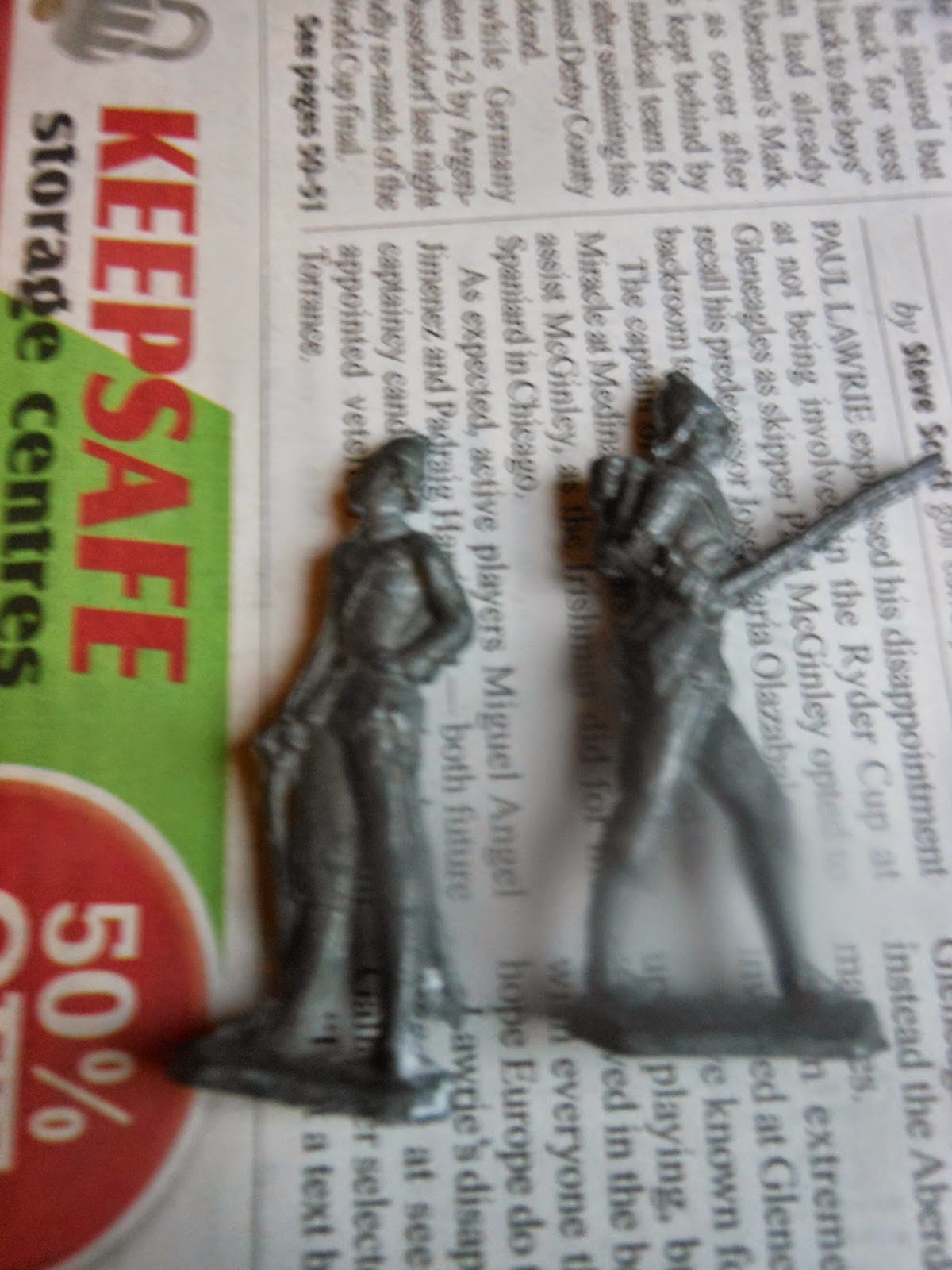 I am pleased with my purchases and hope to get some paint to lead soon.Finally a picture of the chancel of our church which is being painted at present- 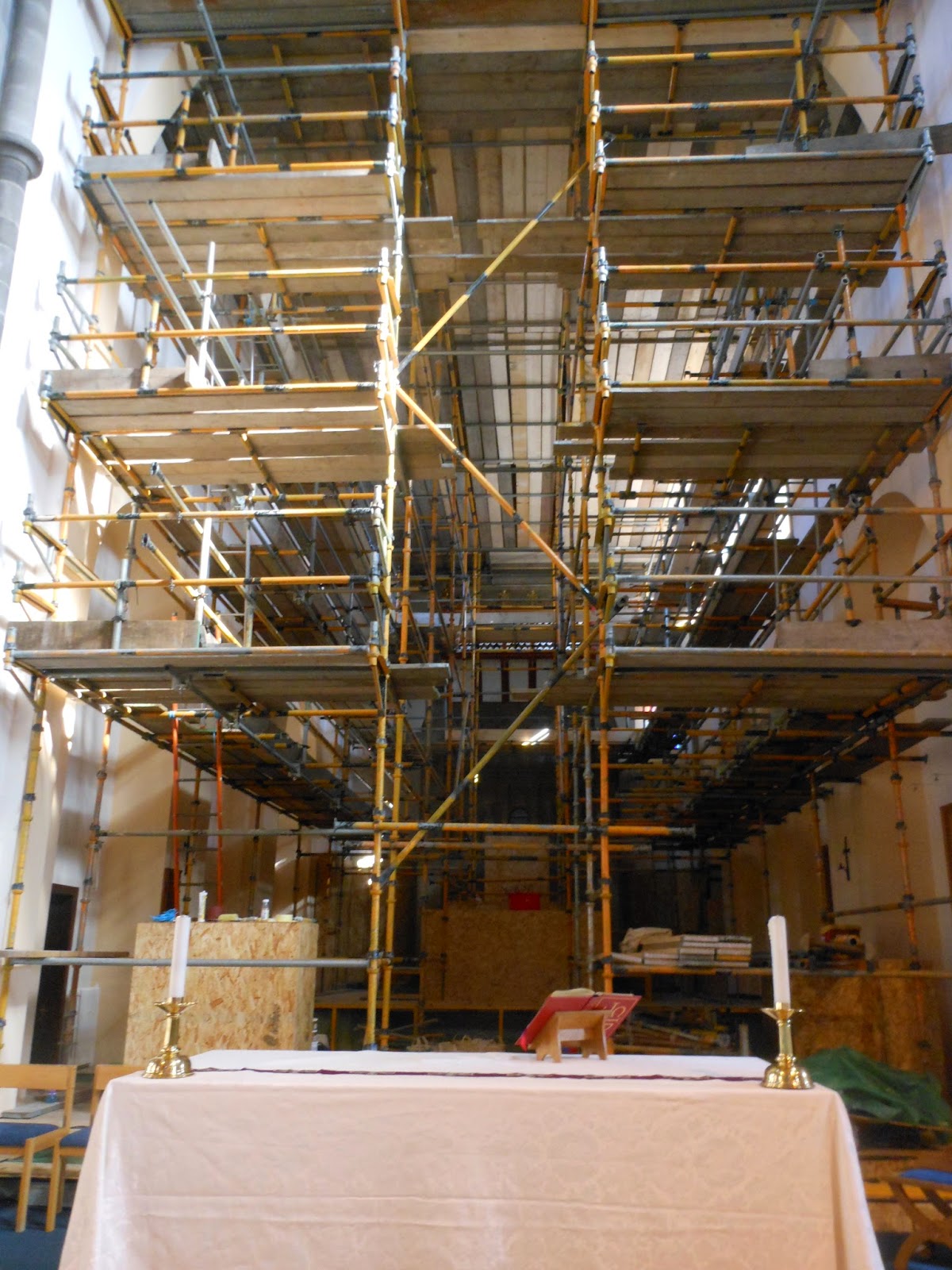 Reminds me of how my head feels tonight filled with spin and jargon...
Hopefully a couple of days off will get rid of some of it.
Lastly  a quote I discovered recently-


“Progress means getting nearer to the place you want to be. And if you have taken a wrong turning, then to go forward does not get you any nearer.
If you are on the wrong road, progress means doing an about-turn and walking back to the right road; and in that case the man who turns back soonest is the most progressive man.”

C. S Lewis
Have a good weekend one and all!

Posted by tradgardmastare at 19:48 8 comments: