Anyone know of sedan chairs ( 18th century ones carried by two men) in this scale? I know Alternative armies do dog headed figures carrying a sedan chair with a dog headed occupant but I am not sure looking at the pictures if they would work well with replacement heads. Any suggestions both for sedan chairs and carriers?
Posted by tradgardmastare at 17:54 5 comments:

What we play now.. 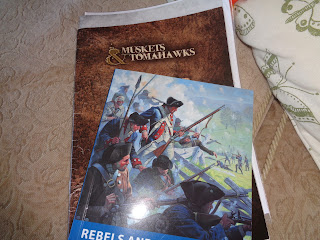 I am playing the  French Indian War every fortnight regularly. We have tried valiantly to get into M &T but to no avail. The rules are confusing and define say, terrain in different ways for different purposes in the rules. The indians  fight in tiny units with no impact.Perhaps it's us, the rules, the translation or a bit of both but next game we are going to try Rebels and Patriots. I am currently working on Fenian war 24pt companies and some Confederate cavalry. 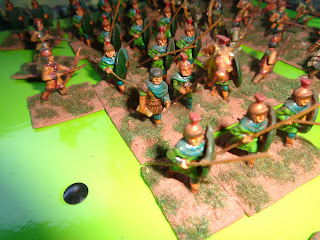 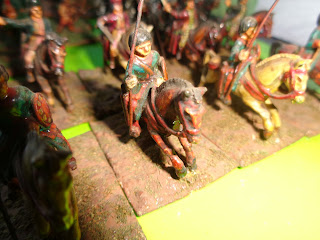 I have fallen for these old school ancients ( Minifigs S Range?) and their painting style/ detail/brown wash. I would like to add some more compatible S Range Romans and Palmyrans. Rules used are the ancient ones in Developing the Portable Wargame. 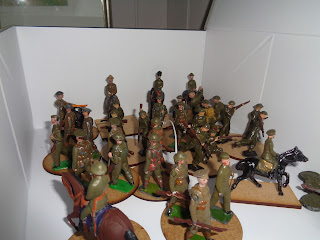 The interwar in 54mm project moves forward nicely and am awaiting some replacement heads with tin hat to complete things. I really enjoy restoring the old toy soldiers and getting them ready for battle again. 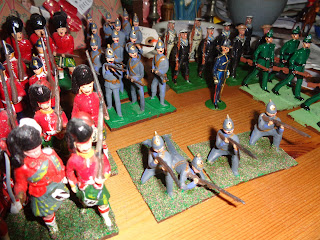 The forces of Albion and her Great Queen are moving forward well too. Their opponents from the frontiers of Albion take shape too- 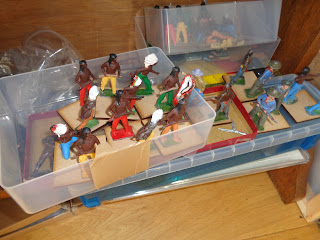 Rules will be  Ross McF's on a gridded cloth.
I have been making some scenery ( in true H G Wells style) out of Belvita boxes- 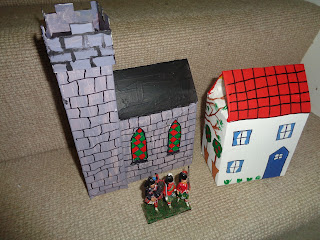 pictured here with 54mm figures for scale. I think they capture the Little Wars feeling well.

Finally I have become interested lately in "The Woods" by Oakbound Studio which are dark age folklore fantasy. They are an interesting diceless system and the company makes some splendid models. The second edition of the  rules is to be unveiled at Salute and is currently available to pre order at a reduced price. They are most intriguing and have a sort of Brian Froud vibe as well as traditional celtic/british folkloric elements.

Posted by tradgardmastare at 13:32 15 comments:

Downsizing: how it works.

l have decided there is little point retaining rules or figures l will never use. So periodically l shall be try to hand them on to a better home via the Duchy of Tradgardland. The rules are simple l offer something, you express a desire for it, l post it to you and then you make a donation to a charity of your choice and  amount of your  choosing. Simple eh?
This week it is the 2016 edition of Sharpe practice complete with mdf and acrylic markers plus a pack of cards. Who’s interested?
Posted by tradgardmastare at 09:26 6 comments:

Here is a really interesting blog post about imaginations-

Well worth a view.
p.s problems posting pictures here hence lack of posts,hope to rectify it soon.
Posted by tradgardmastare at 13:02 4 comments: