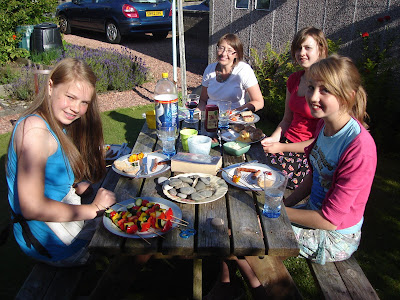 The Ladies of the Ducal Household (Jan, Zoe, Anna & Freya) have signed up for the Fife "Race for Life" with some friends in order to raise money for Cancer research UK. If you would like to sponsor them please follow this link:
http://www.raceforlifesponsorme.org/jangruber0703
Posted by tradgardmastare at 18:38 2 comments:

Not a scene from Macbeth... 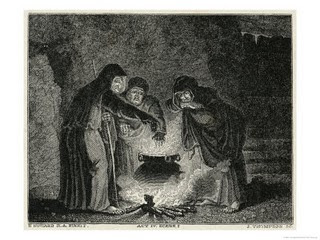 "When shall we three meet again? In thunder, lightning, or in rain?
When the hurlyburly's done, When the battle's lost and won."

Last night I spent a most convivial evening in the company of a couple of fellow wargamers. The conversation ranged from the past to things to come by way of the present. There was a cauldron of sorts , Friday night was when the week's hurly burly was indeed done and much chat revolved around battles lost and won!
I returned home at the witching hour with two bags full of possibility and work to do. More news later gentlemen...
Posted by tradgardmastare at 06:35 2 comments:

Herod the Great - Oh no here he goes off with another distraction.... 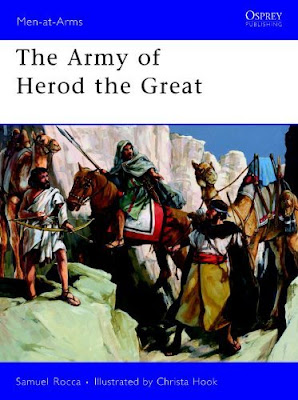 Wearing my "theological hat" I must say what a bounder Herod the Great was whilst wearing my "Wargamer Hat" I have to say he is an interesting ,if scary chap...
I have long been attracted to Roman client kingdoms of the east and to the Maccabees too. I remember the portrayal of the king of such a client kingdom in the BBC's "I Claudius" many moons ago too. As an aside I fear exposure to BBC historical dramas ( and of course ITV's Aurthur of the Britons) at an impressionable age has left its mark upon my long term interests!
Anyway enough of the chat and down to the point of this which is that the army of Herod the Great would make an excellent ongoing ( groans of has he not got enough projects!!!) project for Basic Impetus. I have finished 98% of the Saxons and my ancient mojo still is going strong. Herod's army will provide me with a fascinatingly diverse collection of units to paint and not too much of a financial outlay. Opponents can be as diverse at the Nabateans,Ptolemaic army of Cleopatra not to mention internal opponents and Romans. More news later and a chat about unit types-work sadly beckons...
Posted by tradgardmastare at 06:10 2 comments: 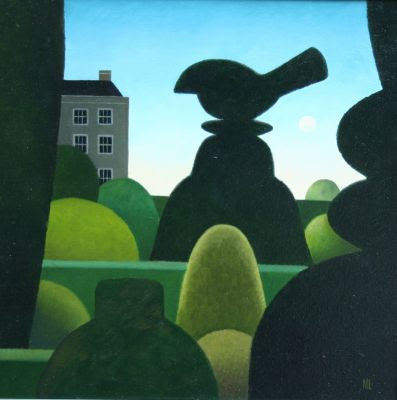 I would like to share with you some rather picaresque findings from the Duchy archives pertaining to an English mercenary regiment in the service of Tradgardland...
"Sir Toby Blackadder's men once more showed discontentment and had to be beaten by their gentlemen onto the parade ground,Sir Toby was paid many compliments by the sister of the duchess thereby saving him from the fate that befell his beloved father the year before.............. the Palace topiary was cut by a Gallian garden master into diverse shapes grotesque and wondrous-children would not enter the garden due to fear of the green monsters within................ Sir Toby married the sister of the duchess in secret and returned to the Palace at the head of his regiment each man adding a rose and garland (in celebration of the nuptials) to his scarlet coat.... Duke Georg locked himself away in the Tower for four days eating or drinking nothing and would see no one but his beloved hounds.
And a year later:1722
Sir Toby Blackadder and his esteemed wife ( who accompanies her husband at all times and in all calamities including the field of Mars) were guests of the Duke of Holstein -Gottrop in the season of Easter. Both exhibited a lack of decorum to rival that of their hosts...............In his absence Blackadder's foote remained unpopular with those with whom they were billeted upon earning the nickname Black heart or Blaggard's regt of foote..... when Sir Toby heard this he was much amused with the conceit and was delighted at the Colour embroidered by his wife which he used as his personal sign,carrying it to war to the equal horror and amusement of all.............. In 1730 Blackadder's foote marched forth from Tradgardstadt with all haste..."
Sadly the fragment ends here but I hope to find more out upon my next visit to the Duchy!
Posted by tradgardmastare at 05:57 4 comments: 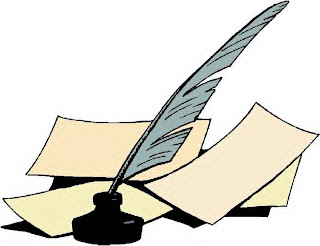 Here are some gleanings from my recent research into the Ducal archives:

I am sorry for the fragmentary nature of the chronicle but pages are often either missing,burnt at the edges or filled with corrections and scouring-out in a vivid purple ink. A great find was the Colour book of Duke Georg which contains many regimental standards of the time. A careful transcription has been started
Posted by tradgardmastare at 06:05 5 comments: 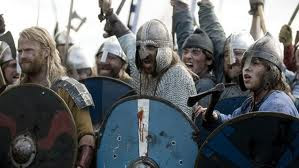 Huzzah for Saturday! Up with coffee enjoying the start of another weekend...
I have been gaining hobby inspiration from Channel 4's " Battle for Middle Earth"-http://www.channel4.com/programmes/1066/4od#2928919 which was a drama they did a year or so back on the events of 1066. Reception for it was mixed but I,for one, really enjoyed it and am finding inspiration from it to paint my Impetus Saxons. The BBC's "Outcasts" has ended and I am sorry to see it will not have another series. Again it played to mixed reviews but I was hooked and wish they had carried on. Perhaps it will attain cult status like "Blake's Seven " and other diverse programmes- who knows...
And now a hobby round up-
1) Camera still not working - last time leaving it to rest solved the prob,we will see this time.
2) My regular opponent Phil has got into 1938VBCW and is collecting some chaps for the Liverpool Free State.I will field either Welsh Nationalists or English Array organised LDVs to oppose them. Those spiffing fellows at Sollway Crafts and Miniatures have an excellent set of rules under development which will serve splendidly.
3) I have been researching the Duchy of Tradgardland in the earlier 18th Century - 1720s to 1730 and I will share some choice nuggets from the Tradgardland Chronicles with you soon. There are some interesting details of Flags and Uniforms amongst the other details of period life.
4)I am trying to organise my 1/72 plastic Airfix/Roco stuff for a game over the Easter hols.
5)Beginning to plan my Holstien Gottrop Ducal Army for Impetus Baroque at the club here in Dunfermline to oppose the Danes of around 1700.
Loads of hobby stuff on the going as ever ... we shall see what get finished over the weekend. Enjoy your R&R when you get it!
Posted by tradgardmastare at 07:16 6 comments: 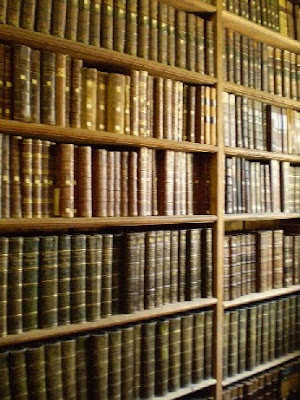 After an uneventful flight from Scotland and a night spent in a small backstreet hotel quaintly named " The broken kolbold" I walked through the pedestrianised main shopping thoroughfare towards the Duke's Palace. My appointment was at noon and I was determined to be on time...
The current Duke's archivist was most welcoming and showed me into the Palace Library situated at the end of a corridor hung with portraits old and new. He kindly showed me the baroque and somewhat antiquated cataloging system and then excused himself as he had business with the Duke .
Left alone, I finally located the folios and chronicle volumes I needed 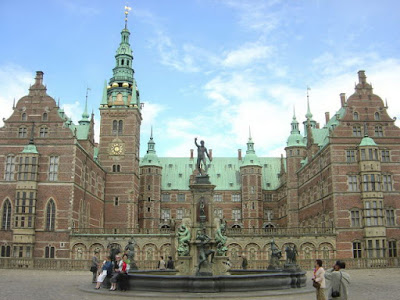 for my research. I opened the one marked with the monogram of Duke Georg and was immediately transported by the contents to the Duchy of the 1730s . I opened my laptop and began to transcribe the faint brown scrawl which lay before me... 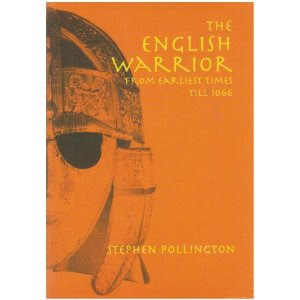 No photos from the weekend as the camera is being a tad temperamental. An enjoyable visit to the club was had and I was initiated into the world of Basic Impetus. The late Bronze age chaps remained in their box as I was loathed to use them out of period...
I was considering what BI army to do next when the Wyrd decided for me by arrival of a book from Amazon -which was awaiting me on my return from work! So the Anglo-Saxons are now on the painting table awaiting some solid graft to make them ready for next month's meeting.
Jan had her first day back at work today,the first of her phased return. All went well and it is good for us both to have one day under her belt...
Posted by tradgardmastare at 19:05 3 comments:

It is snowing lightly outside and is 7.00am on Saturday morning...
I have just finished "Outcasts"on I player( shame on you for missing it- hopefully you can catch up on dvd eventually) and drunk my customary pots of strong coffee a la Lucky Jack. The weekend has begun at last. Weather permitting it is the Legion Wargames club tomorrow which I intend to attend to give my Late Bronze Age Scandinavians an outing for the first time. During the week as ever I have had a look at the myriad blogs I try to keep up with and I have encountered much inspiration and many fascinating ideas. On such blog is http://winterof79.blogspot.com/

which has an alternate time line from 1979 and is worth a look. As ever I keep up with the conversations regarding VBCW on GWP3 which is a convivial and well informed bunch of chaps- much as we are here at Emperor v Elector. During the week I caught for the second time the documentary on Anglo Saxon art on BBC4 which proved fascinating and filled with what the presenter called "warrior bling"- an interesting prog worth seeking out on I player. Time permitting I hope to move some of my ongoing projects forward and I will post pictures once I buy some batteries uptown today. Finally for ancients fans, and those interested in Impetus too, have a look at the blog of a fellow club member here in Dunfermline for inspiration-http://brushesandbases.blogspot.com/

Have a good day and hopefully some R&R!
Posted by tradgardmastare at 06:58 3 comments:

Of books ,birthdays and Impetvs 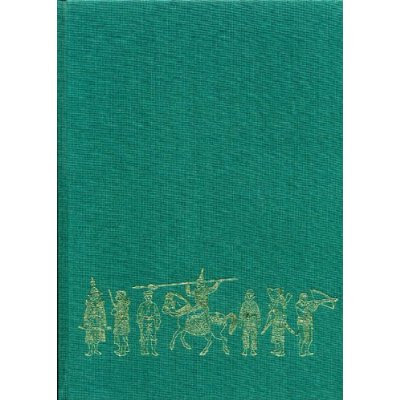 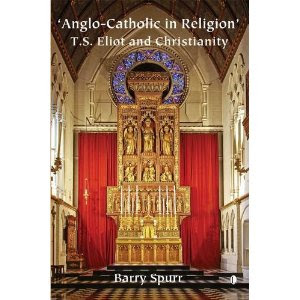 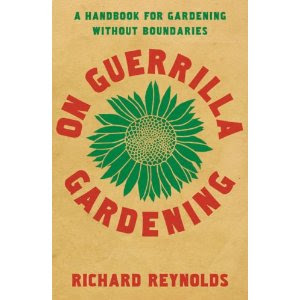 51 today- can hardly believe it is a year since my 50th! Having a quietish day- up working on my 28mm Scandinavian Late Bronze Age ( Tradgardlanders of around 1200BC I guess) Basic Impetvs chaps for next week's wargames club meeting, pancake brunch made by middle daughter Anna and reading my birthday books. They are above in no particular order and show a diversity of interests around at the moment. Ian Heath can be relied upon to do excellent books and this one on Burma and Indo china in the 19th Century is crammed full of fascinating and obscure ( to me at least) info which looks fascinating. I will try and post piccies of lead later - have a good day one and all!

Posted by tradgardmastare at 11:31 7 comments: