Currently coming to the end (hopefully) of four days fighting a flu-like coldy thingie. The first two were awful as I was in work. Yesterday the I self prescribed a little light painting with T.M.S in the garden and today I will do little . Earlier in the week I based some Elastolin 40mm figures from my childhood and made a wee start on some 40mm Doug Miller peasant wars figures- 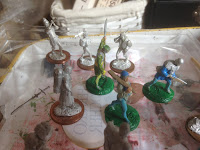 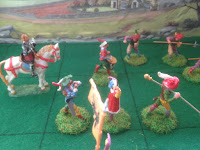 I thought explore how the Peasants Wars might impact on Tradgardland...
Whilst the West Indies made an amazing comeback yesterday I tried to paint some 16th century houses using breakfast biscuit boxes and a crisp tube- 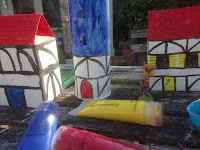 On a totally different matter I got this really interesting book- 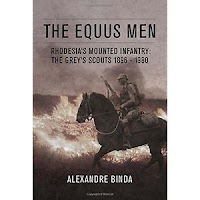 Posted by tradgardmastare at 11:11 7 comments: 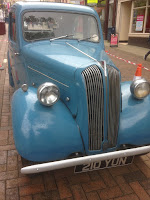 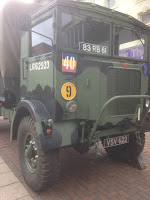 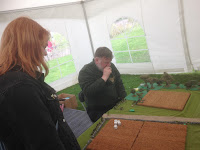 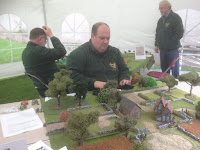 Wargames including one based upon a ww2 map showing projected defence positions of Home Guard and locally stationed Polish troops. The game imagined German paratroops had landed and the aforementioned positions were manned in defence. 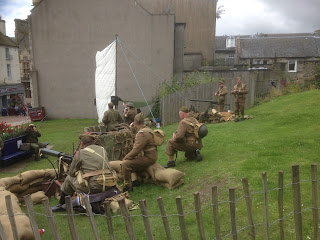 Reenactors also. On again tomorrow if you fancy popping by...
Posted by tradgardmastare at 17:17 5 comments: 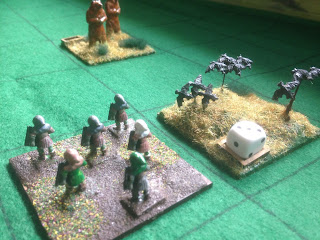 Goblins and a swarm of bats go head to head with Beorn and his kin. 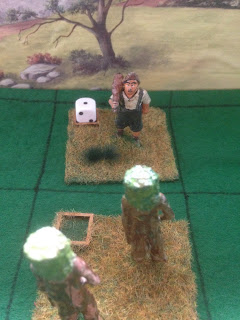 Ents versus a pesky giant.
Posted by tradgardmastare at 14:59 8 comments:

A visit from the Forbodian ambassador yesterday resulted in my first game of Command and Colours. 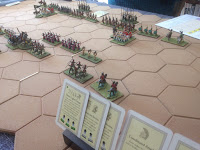 A most enjoyable game ensued and I would really like to try C&C again.
I have been re-reading this article again and hope to give it a go with some Lone Star  knights - 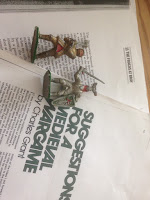 Charles Grant suggested 54mm Greenwood and Ball but for me the knights of my youth were either Lone Star or Britains. I have recently bought these toy knights I recall from the 1960s as my own ones have sadly gone. More are ordered including some that once were given away in Kellog's cereal .

Posted by tradgardmastare at 13:33 6 comments: