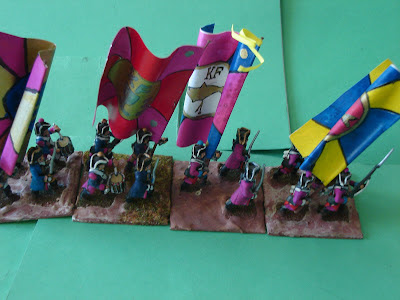 At the end of the recent manoeuvres in Tradgardland the regimental flags were trooped before the assembled formed bodies of troops.

This year the Duke declared himself delighted with the standard of drill and mock combat. He declared that the forces of the Duchy were the envy of Europa and that all involved should hold their heads high.