This afternoon,after a visitor from Forbodia left I decided to set up a solo game using the SH&WS rules.No complicated scenario just an encounter battle- 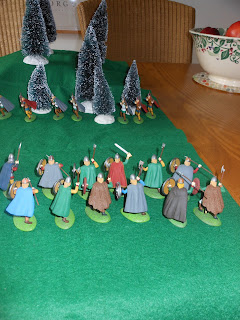 A wood defended by some viking archers who are about to be attacked. 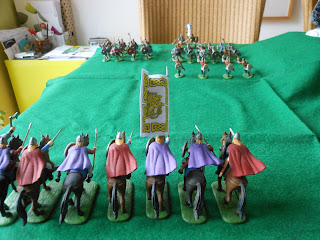 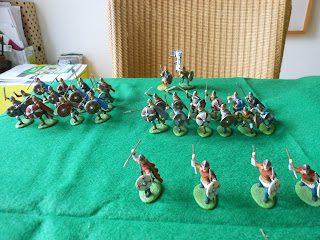 A closer look at the vikings opposing the cavalry including general and standardbearer. 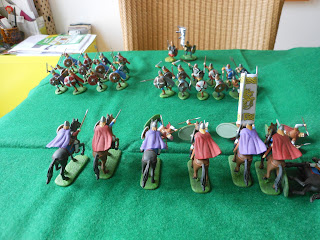 The cavalry ride the skirmishers down... 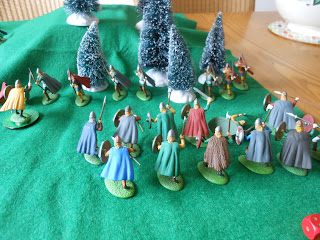 Archers are charged by infantry unit and a hero in yellow cloak on the left of the picture.There are casualties to archery. 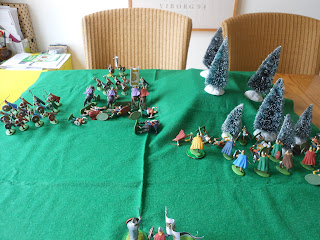 Cavalry take casualties and their enemy come round the flank... 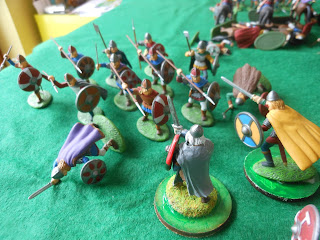 Two heroes hold off the enemy... 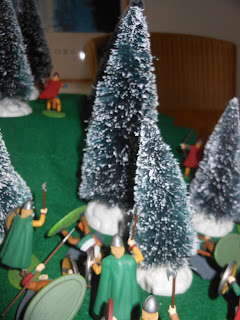 The defeated archers flee the field.
Verdict
A great game (first time out on the table top for the 40mm vikings) and a most interesting set of rules giving an exciting solo gaming experience. Next time I will use a few more figures and heroes and set up a better backstory. Thanks to Ross for some great rules which you can find on his blog at-
http://gameofmonth.blogspot.co.uk/