I had innocently posted a few days ago about my desire to get a Minifigs M.E range dragon for my "Old School"  Middle Earth gaming. That was as far as I had thought. Then along comes this comment to my post-

Michael Peterson11 December 2014 at 06:16
I am intrigued and delighted by the possibility that there is a corner of the Duchy where dragons live. Unless it's a parallel universe to the Ducy ....
Oh dear , that was indeed a seed planted into my mind ! and so I began some research in the Duchy of Tradgardland Library vaults- 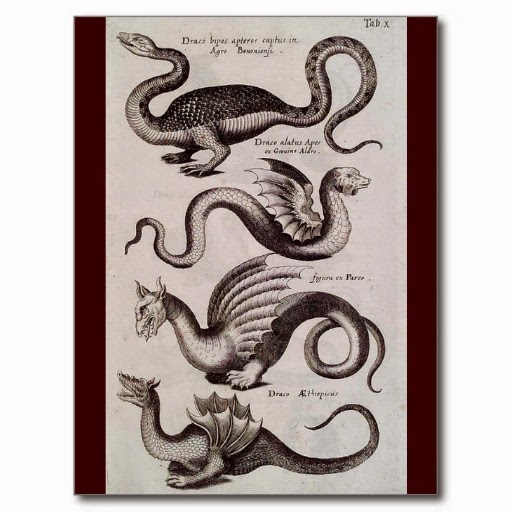 Firstly I came upon the above in a dusty,neglected tome. 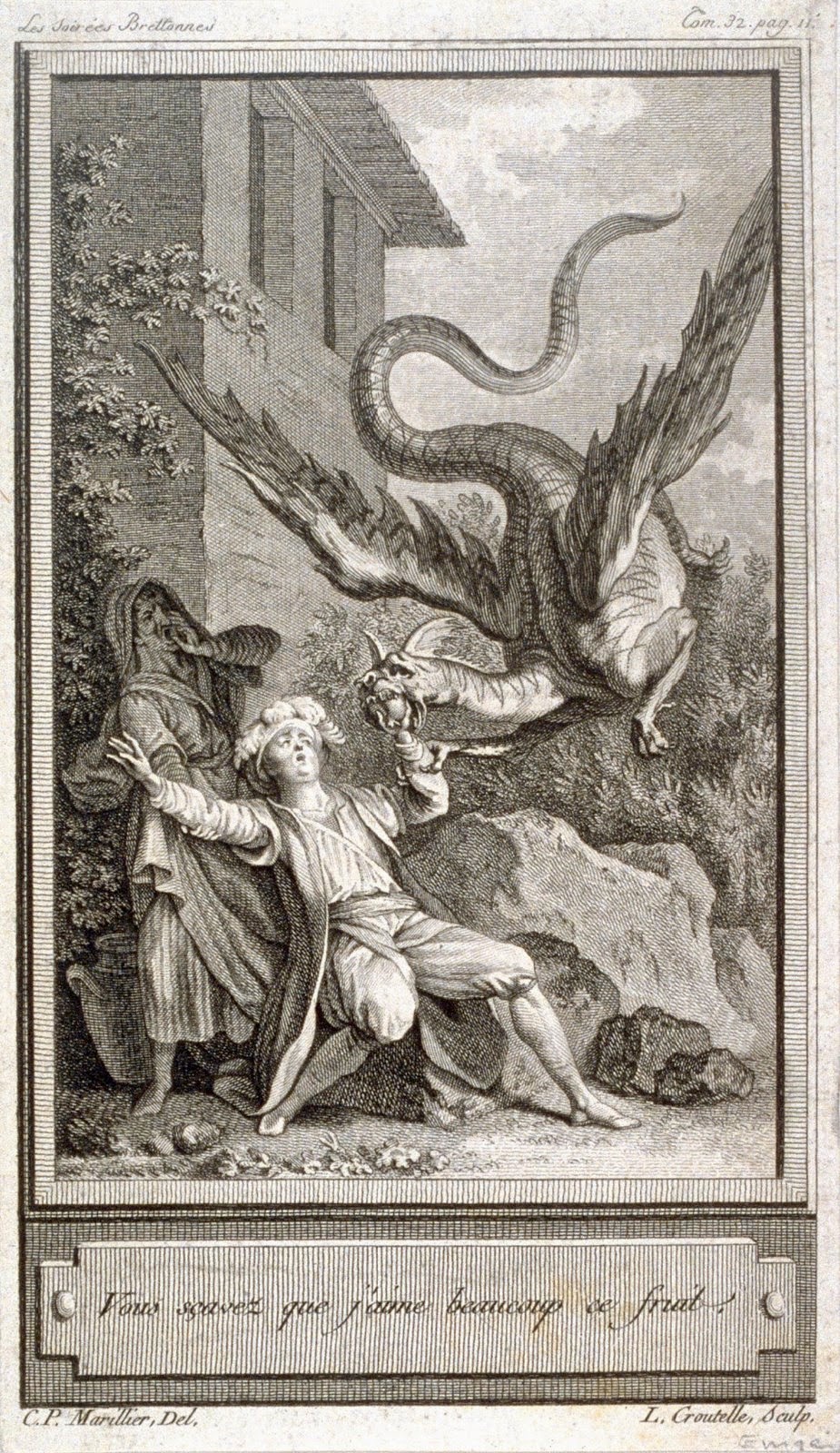 Then evidence was found of what some poor 18th Century gentleman suffered in his garden. 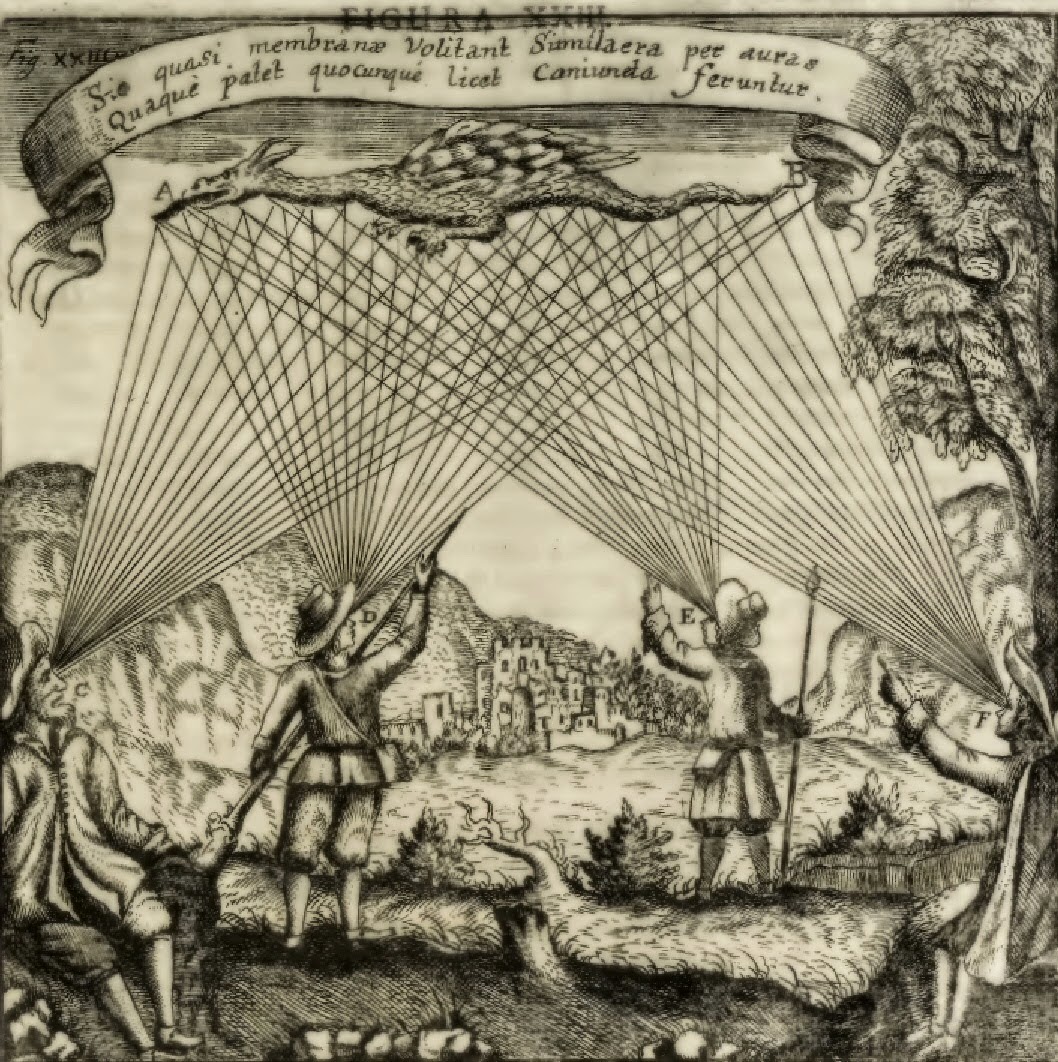 Another example from the later 17th Century was found  in a leather bound volume half hidden under dusty pelts . Finally a rare  pair of etchings proved to conclusive- 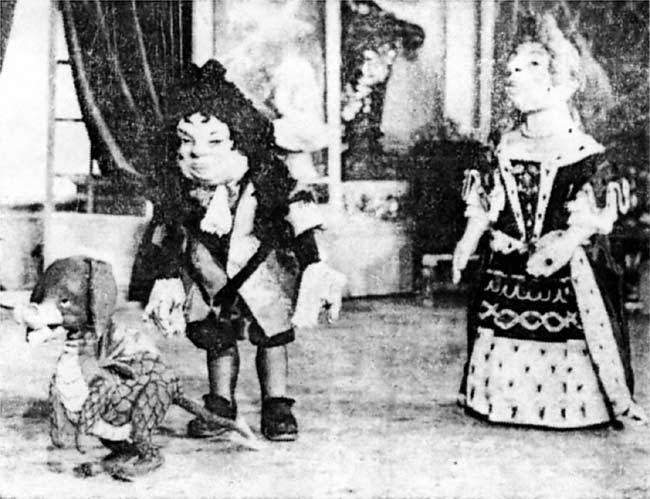 Michael ,what may you have begun...