After some long needed tidying of the shed I decided to give an identity to some of my ECW units. Firstly I am a great believer that troops fight better on the tabletop with a name (and back story?) and secondly it is a fun thing to do. Out came the old school pencils.paper and pins and flags were produced. 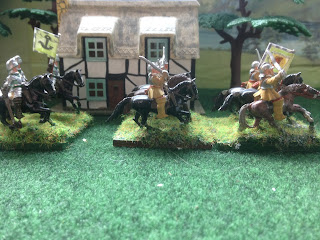 Firstly some Horse for Parliament- To the right of the picture Sir Thomas Filofax's regiment of horse, followed by Hazeltwig's Lobsters. 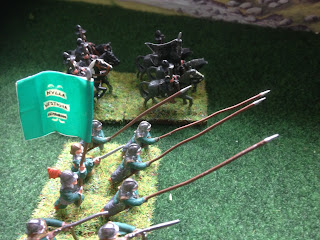 In the foreground are Col John Hampton's regiment of foot and at the back are Colonel Leonard Rossiter's Dragoons of  the Eastern Association.