Meet the new Duke of Tradgardland

It is a month now since the old Duke of Tradagrdland retired from the burdens of Statecraft to become a monk. He has settled well  into his new life of prayer and meditation and cares little for his old life. He is ,however,interested to hear how his 2nd cousin is getting on as the new Duke- Duke Aeneas the Third.
Duke Aeneas is a very different fellow indeed. Here is his newly decorated bedroom at the Ducal Palace- 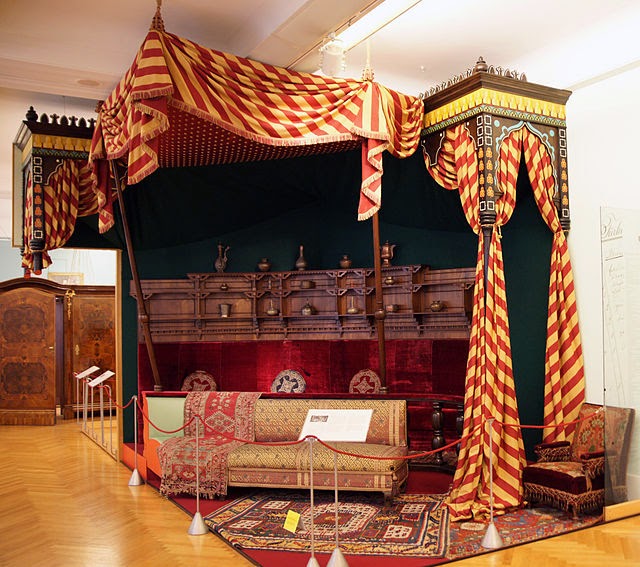 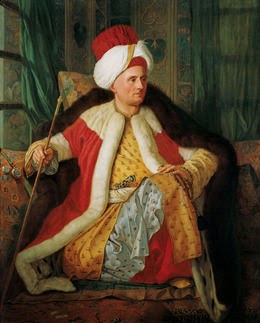 The new Duke is consumed by the East and by that decadent fashion sweeping Europe - Turquerie!
Since arriving he has already formed his own Janissary Guard- 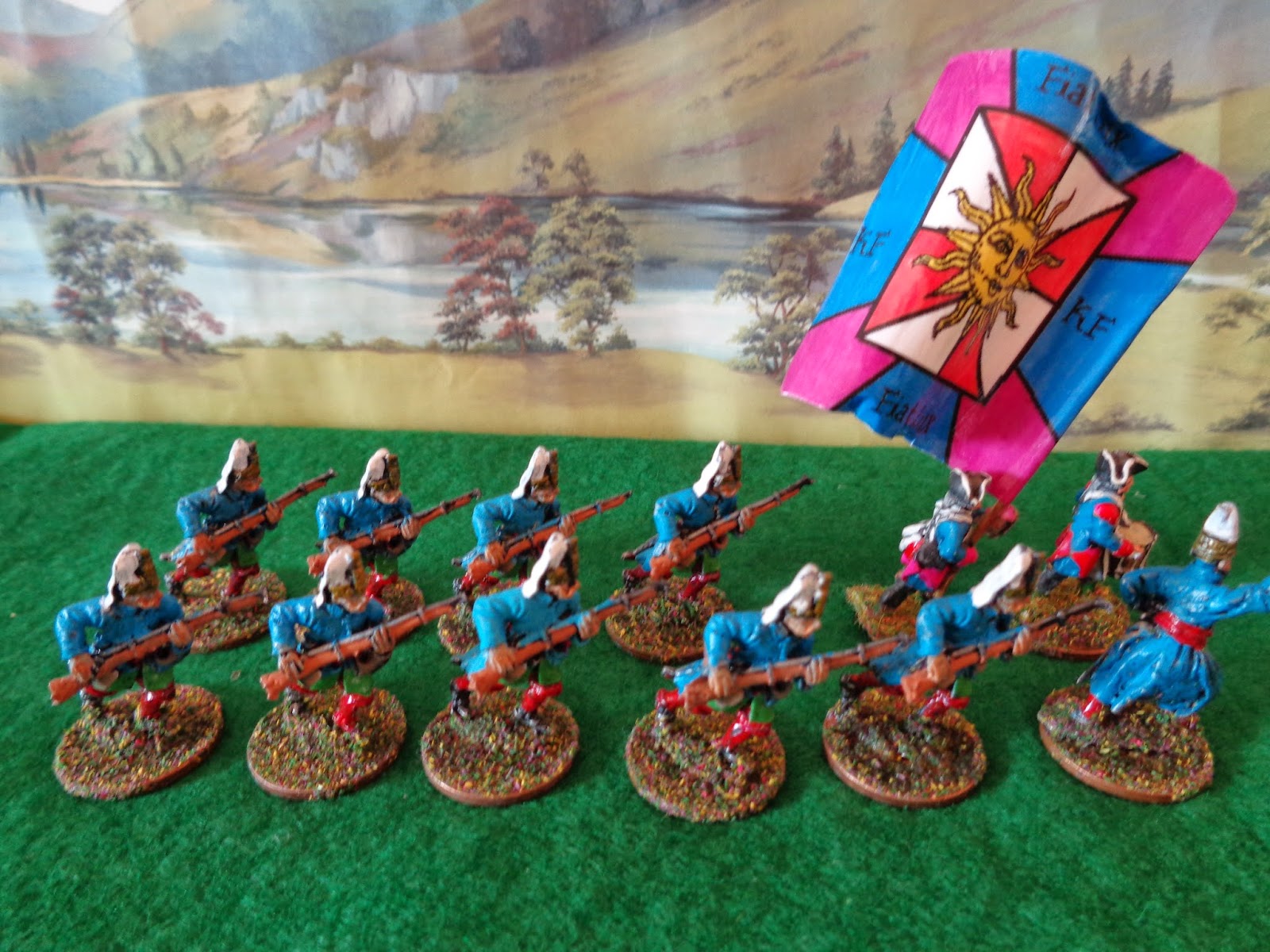 He is unaware of the hours of work spent sewing by candlelight in dusty attics to make the costumes from a pattern sent by the seamstresses of Augustus the Strong of Saxony. He remains unaware too of the huffs and puffs  of the Palace Gardeners forced to wear this outlandish attire and wear false moustaches. 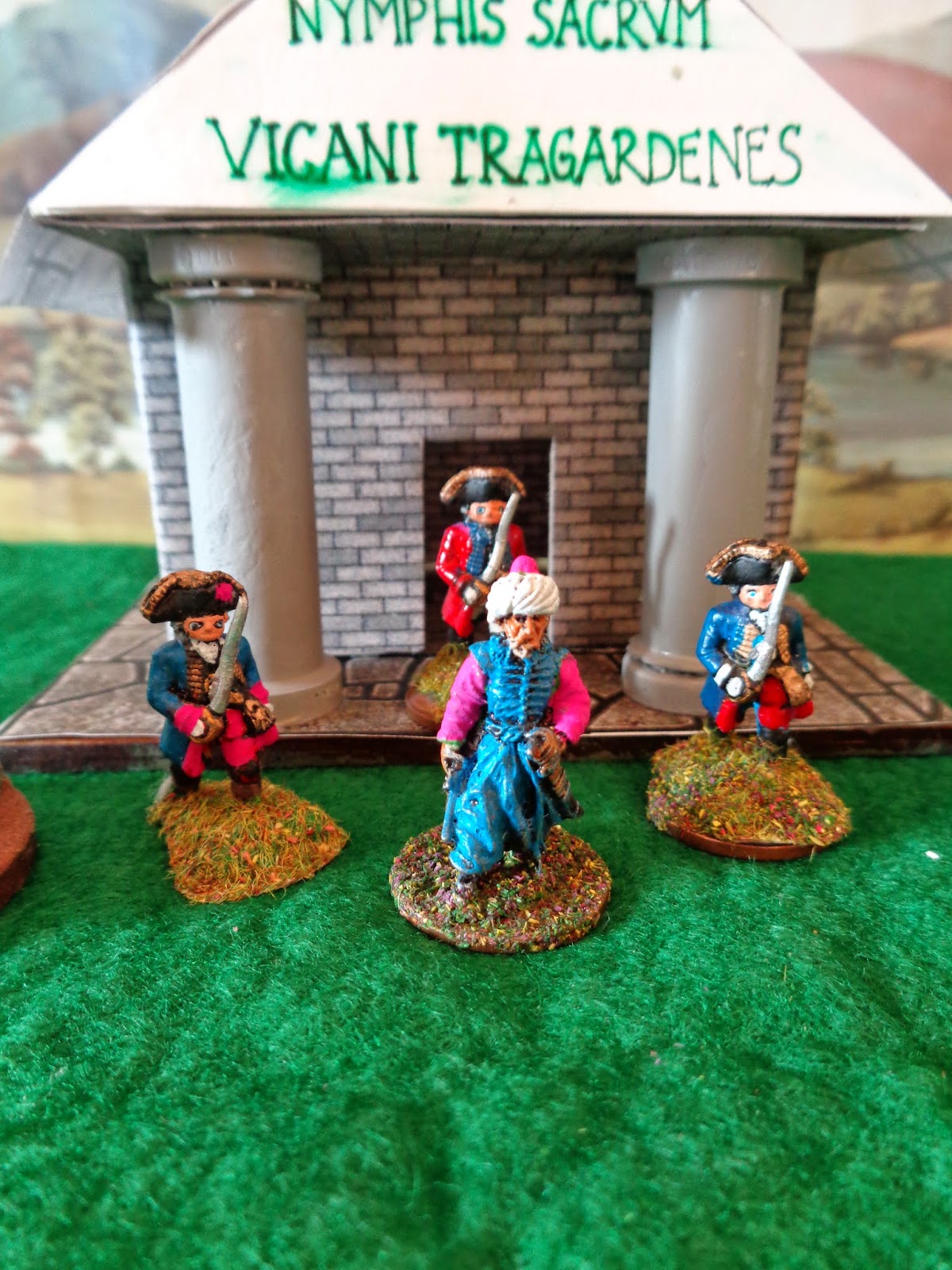 Yes things (not to mention the buildings) are going to be different under the rule of Aeneas the Third...
Posted by tradgardmastare at 11:18