Easter gaming and a visit from the Forbodian Ambassador

Sunday afternoon saw some gaming with the girls and A. 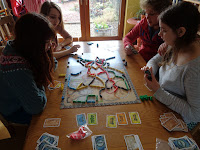 Ticket to Ride and then- 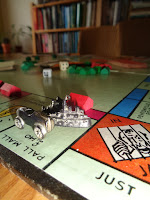 Today the Forbodian Ambassador ( aka Tim Gow) arrived with a game of  Little Cold Wars.It was decided that it was a tad chilly outdoors so the Living Room was cleared- 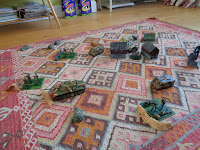 The Americans were dug in defending a village. 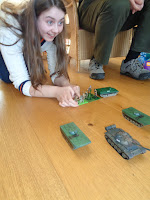 Zoe resolved the Russian mortar fire by firing a matchstick from a Britain's mortar. 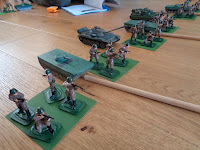 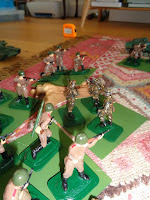 The Russians engaged in close assault. 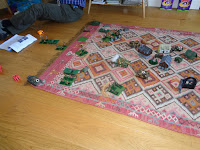 The end of the game with a Russian victory. Thanks Tim for a most enjoyable afternoon's gaming.