Been solo play-testing today: in the top two pictures we see Arthur practising for his Observation badge. The coins represent other scouts sneaking up on him using their stealth capability. Some coins are blanks to add confusion. The observation capability is compared with the stealth capability and dice score added. If Arthur has a higher score combined compared to his stealthy opponent he spots them and vice versa. Arthur did well and has passed another test.
In the lower two photos we see a wide game taking place. Each scout has a life ( band of coloured wool around his arm) if he loses it he must return to base ( bigger silver coin) to get another. Mission is to touch the enemy’s patrol flag on their base. When they meet an opponent they try to break the woollen band, each dices and the highest wins. It was a fast and furious game with the Red patrol eventually winning. A useful morning’s gaming and fun too 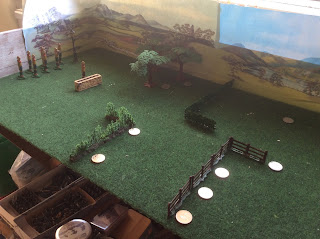 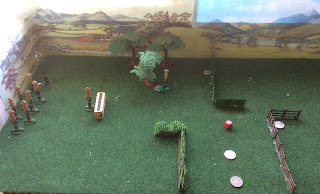 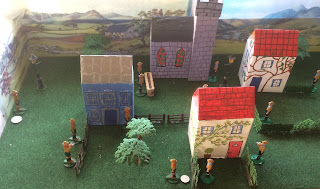 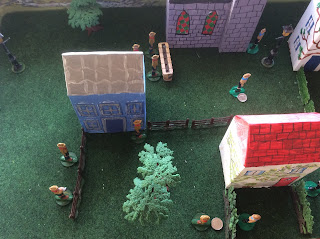