Well, did you guess correctly? The mystery was a large troll ( given to me by Jim Duncan in its wonderful painted glory- thanks again Jim) and here is the ensuing battle. The troll was the regenerative kind courtesy of Poul Anderson and then D & D. In game terms that meant each turn a d4 was thrown and the resulting number was the number of hit points the troll got back but only to its starting total of 10 and no more. The coins were used as “dummy troll” markers which had to be spotted before it could be fired upon. One coin was the troll the others just distracting rustling in the undergrowth. A close game resulted in the light infantry failing to damage the troll and running away! All in a a fun wee game. More troll hunter action soon. 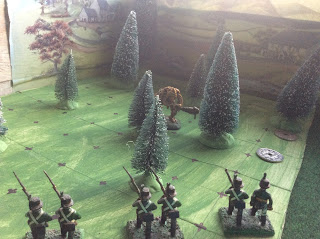 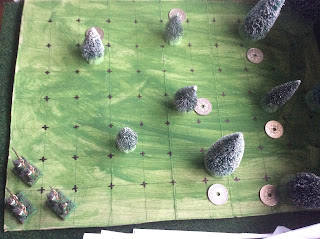 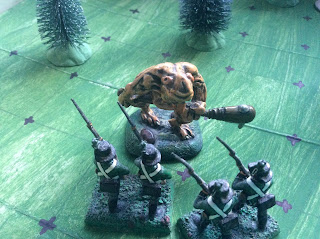