A visit to Morava.

The young reporter has been attracting lots of stares since he landed at the main airport of Morava. At first bemused by this he took it as a result of being a visitor to the country.  Only when he entered his hotel  did he realise why he had received such unwanted attention. Above the fire place in the entrance hall there was a portrait of the young Duke of Morava. The young reporter gasped to see such a similarity between himself and the Duke , they could be brothers, even twins such was the likeness! Picking up his dog , Frosty, whilst shaking his head in disbelief, the young reporter walked to the elevator in the corner of the lobby. 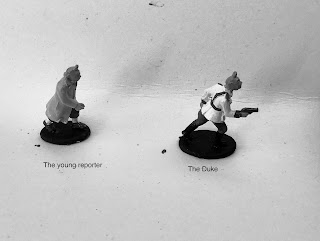 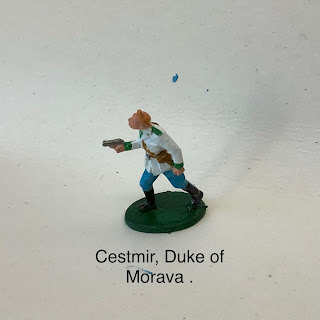 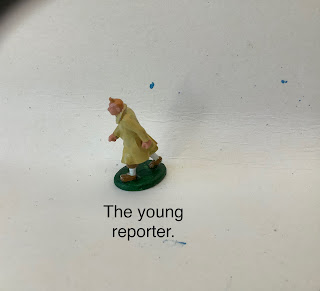 Simple conversion achieved by a hat swop with an officer figure.