Saturday in the Duchy

Went uptown and had coffee with Jan and daughter number 2,Anna- most enjoyable. Popped into Waterstone's and bought this book I had seen recently- 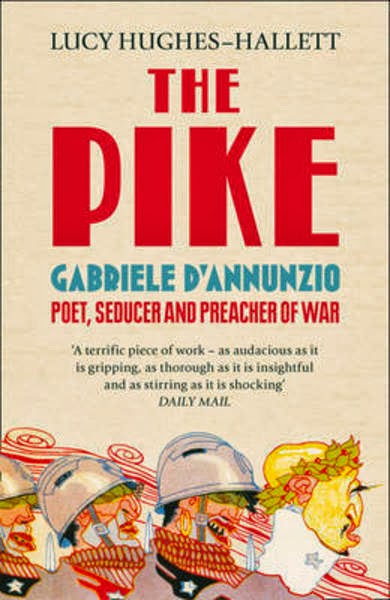 Looks as if it will be an interesting read.
After lunch the paints were got out and I worked on some Mythical Earth figures- 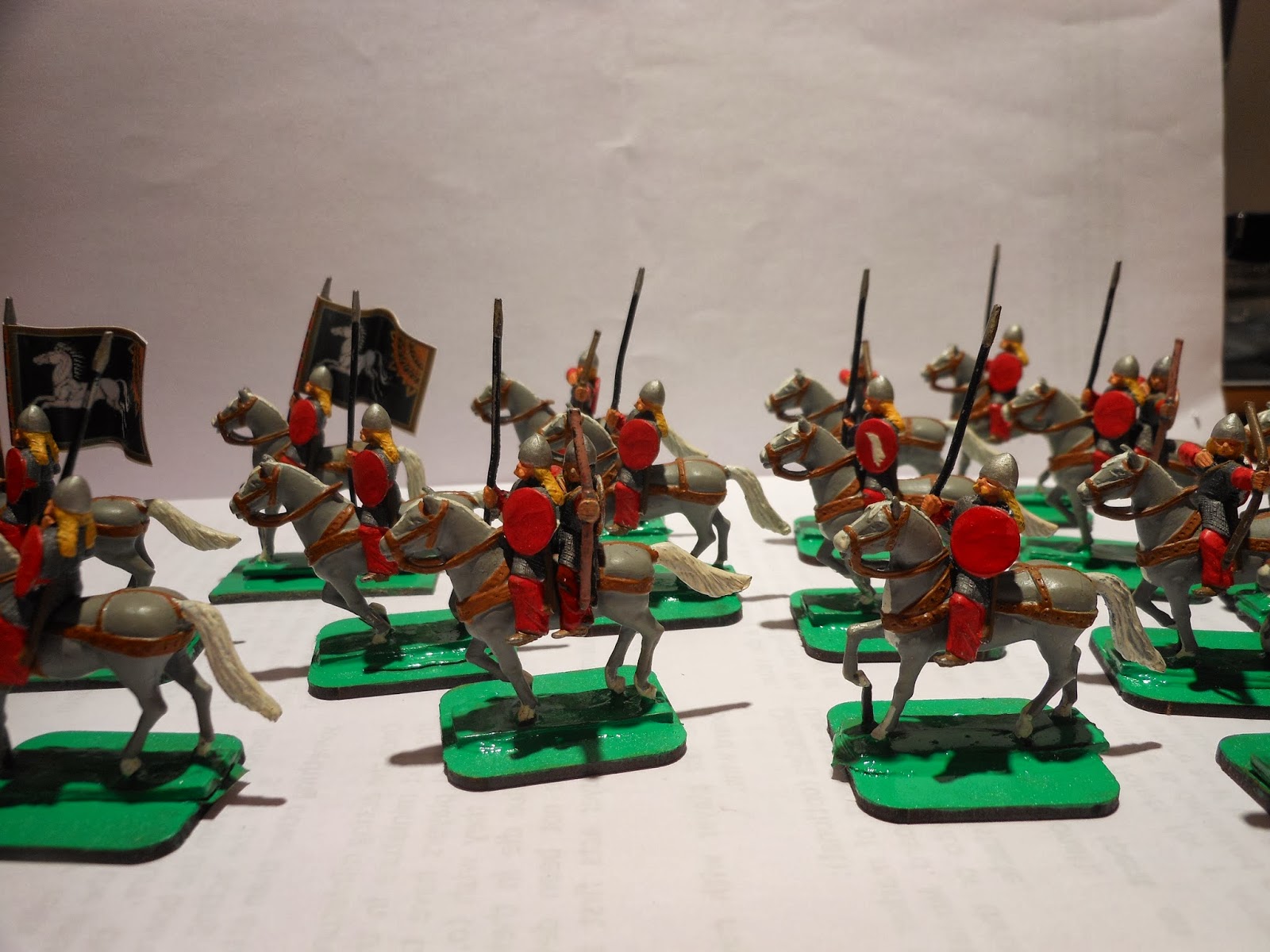 Rohirrim now rebased and completed .I have double mounted a few figures to represent those who have lost their mounts but have been rescued by their peers. 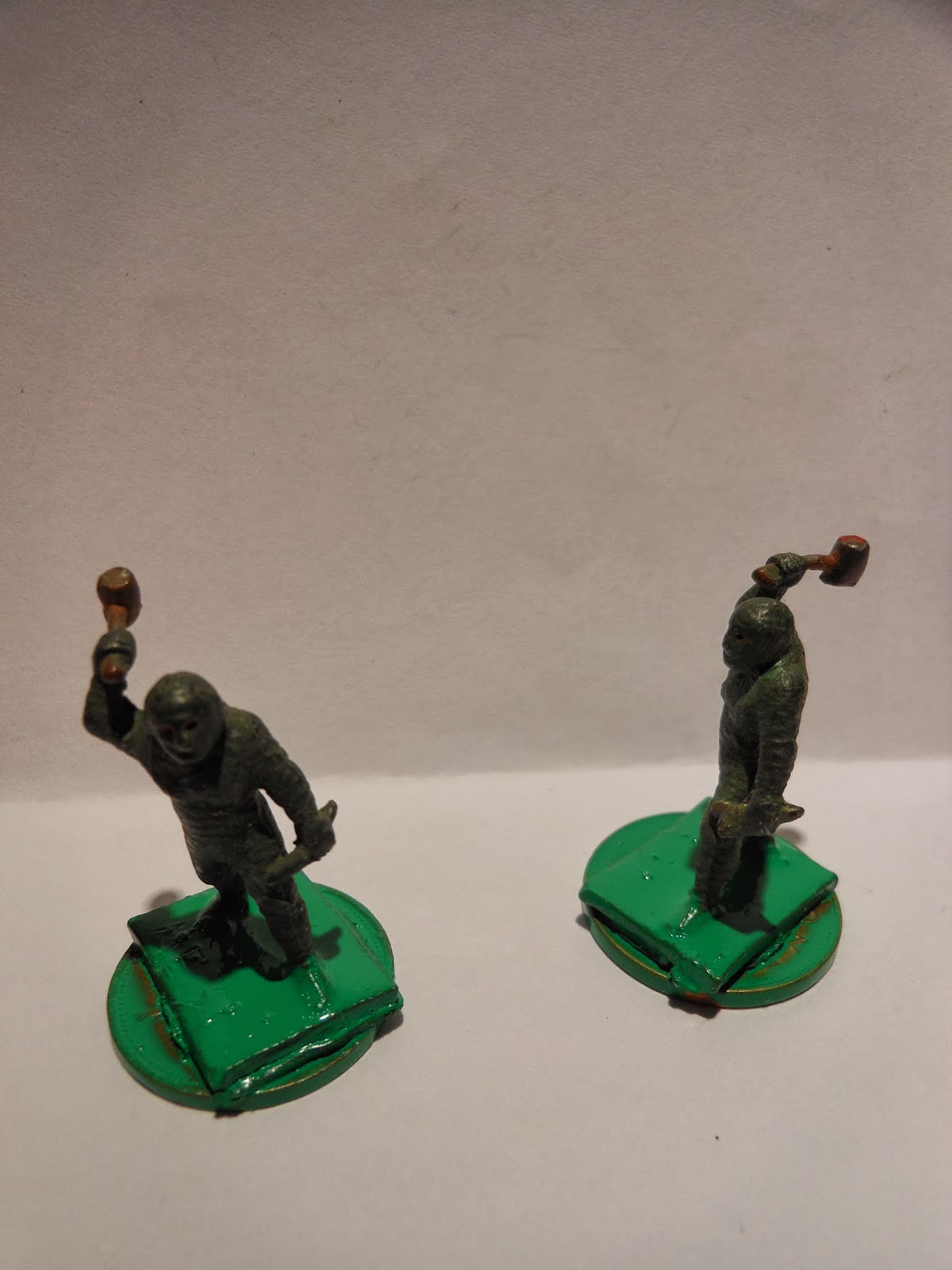 A couple of Olog-Hai trolls awaiting to accompany the Uruk-Hai into battle...
Hopefully time for a game tomorrow.
Posted by tradgardmastare at 18:35