The Legione Tradgardland is commanded by the Duc de Padirac. A Frenchman by birth he takes his title from the Gouffre de Padirac in the Dordogne where his family has lived for generations.
The gouffre ( see picture) is a vast hole in the ground leading to caverns vast and glorious. It is down here that the Duc began his career as a proto paleontologist and where his fascinating collection of objects ( see picture ) were found.
After a particularly unpleasant argument and subsequent duel with a local Abbe the Duc left the country of his birth and wandered eventually to the Duchy of Tradgardland. After hastily acquired skills ,obtained by correspondence with the infamous Baron von Trenck, the Duc offered to raise a legione for the Duchy of Tradgardland- a process he has nearly finished.A close friend from The Ducal Society (the Duke Karl Frederick himself) described him as saintly,miserly,totally loyal,handsome,idle and sluggish , with no martial aptitude whatsoever! The Duc is a regular at meetings of the Society where his papers upon a variety of subjects are eagerly anticipated.The Legione is yet to fight - perhaps this will change in 1758.
A painting of the Duc is pictured below showing him portrayed as a thinker and polymath with a penchant for eastern exotic attire.This may or may not be reflected in the uniform of the Legione Tradgardland... 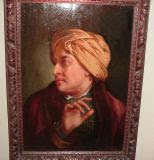 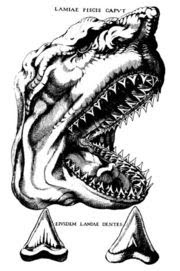 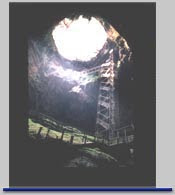