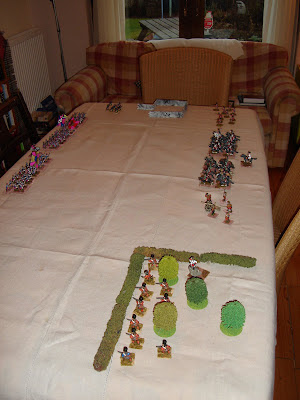 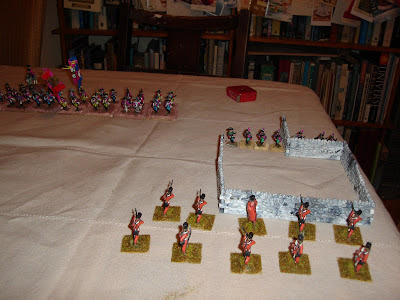 The imperium Raiding force consisted of a squadron of dragoons and one of cuirssers.They were accompanied by two units of croats ready to plunder and a medium field gun. The Duchy managed to field two infantry battalions and a small unit of Legione Tradgardland Jaeger. The first picture shows the start of the game.


The croats advanced to secure the enclosure but were opposed by the Jaeger. Whilst this occurred the artillery opened up upon the Duchy infantry causing casualties and great conce 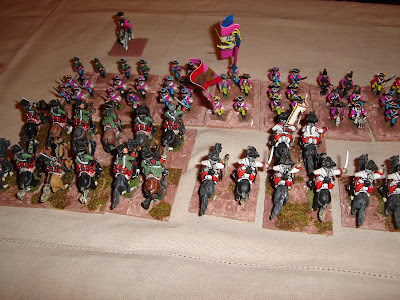 The Imperium cavalry decided to charge the Duchy infantry ,were fired upon in the process. A furious melee en 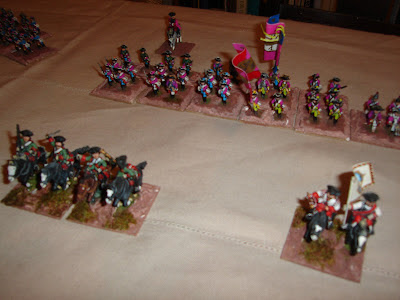 The melee ended in the cavalry routing off the field the end was nigh for the Raiding party! 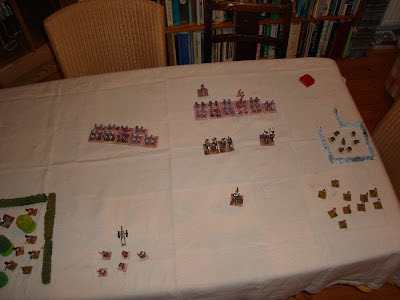 An aerial view of the end of the battle! An enjoyable learning experience!
Posted by tradgardmastare at 12:21