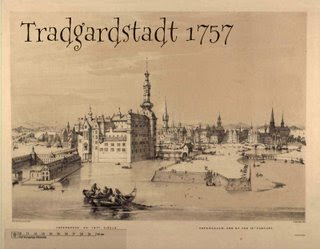 The Duchy of Tradgardland 1912 or so, October, Mid Morning Friday :
In the oak-lined study of the Ducal Palace Duke Albert took great care to remove one of the pristine volumes of " Encyclopaedia Britannica " from the dusty shelves. He placed it upon the paper filled desk in the centre of the room, brought over his coffee and began to read:
Cyclists
The application of the bicycle to military purposes was first suggested in Great Britain, and military cycling became the special and almost exclusive property of the volunteer force, in which, when cycling became universally popular and the machines cheap, practically all battalions had sections and most of them companies of cyclists. In those days, however, the want of a common organisation separated the yeomanry from the volunteers, and the latter, possessing no mounted troops of its own, employed its numerous cyclists in reconnoitring, protective and orderly work indifferently. Provisional battalions were frequently formed, and in spite of their heterogeneous composition and inadequate staff they proved capable of manoeuvring as units. Movements in brigade were practised at Aldershot in 1901, the brigade composed of 3 battalions of about 650 rifles each, drawn from some forty volunteer infantry units under training at the time, being trained in combined movements by parallel roads and night marching, as well as in field operations. When the fusion of the yeomanry and volunteers in the territorial force (1907-1908) released cyclists from the duties of mounted troops which had hitherto been imposed on them, the cyclist companies in the infantry battalions were disbanded, and their place taken by 10 cyclist battalions specially trained for protective work in large tactical bodies. The regular army, which is generally employed in almost roadless countries, only maintains a few cyclists for orderly work.
Amongst the regular armies that of France was certainly 1 The infantry "mounted scouts" of the Russian and French armies are simply auxiliaries and have no existence apart from their regiments.
the pioneer in the matter of cycling. Infantry support for cavalry is a fundamental principle of the French doctrine of tactics, and this infantry support in so well-roaded a country. Naturally takes the form of strong cyclist groups. The French military cyclists are equipped with a folding bicycle, which allows of cross-country movement being undertaken without leaving the bicycles unguarded In Germany very few military cyclists are maintained - one small section in each infantry or cavalry regiment. The . regulations permit the grouping of these sections for united action as a company, but only under special circumstances. In Italy, however, whole battalions of the fast-moving light troops, Bersaglieri, have been within recent years provided with the cycle. Cyclists are mounted infantry in the strictest possible sense of the phrase. They possess over all horsemen the incalculable advantages of being able to make longer marches; for they can cover 80 or 90 m. a day for several days; 2 of exemption from fatigue; of freedom from the necessity in action of leaving one-third or one-quarter of the men to hold the horses; and of actual speed, an ordinary cyclist being able to move faster along a good road than a staff officer mounted on a thoroughbred. On the other hand cyclist troops can never be as free to move across country as horsemen; a cyclist column, owing to its speed and great length in proportion to its numbers, is peculiarly liable to surprise; and the condition of the roads or a strong head wind materially reduces its rate of marching.
Duke Albert read to the end of the article, his coffee remained unfinished on the desk. It was as if a light had suddenly illuminated his whole mind. These were dangerous days for a small independent Duchy. The defence of Tradgardland was of supreme importance- even more important than the the successful industries of the Duchy- ship building, fishing, canning and brewing…
Duke Albert pressed the electric bell and a palace servant arrived. The Duke asked him to telephone General Von Bergmann and arrange a meeting for later that day. The sevent left and Duke Albert began to type furiously…
To be continued…
Illustrations:
An engraving hanging in Duke Albert’s Study.
A Flag ,hanging on the opposite wall.
Posted by tradgardmastare at 17:18