Setting the bar or the managing of projects in winter quarters. 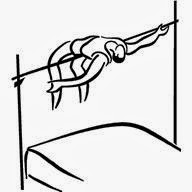 As I move towards my return to work (probably in a week) I think it is a good time to see what are my hobby priorities as winter looms. As anyone who stops by here knows I am a bit of a butterfly who flits from project to project regularly. That's the way I am - not for me ( at least so far) the discipline of one period one project.I sometimes think to myself if I had what vast armies I could have amassed...Anyhow here is my thoughts on what I want to keep moving forward-