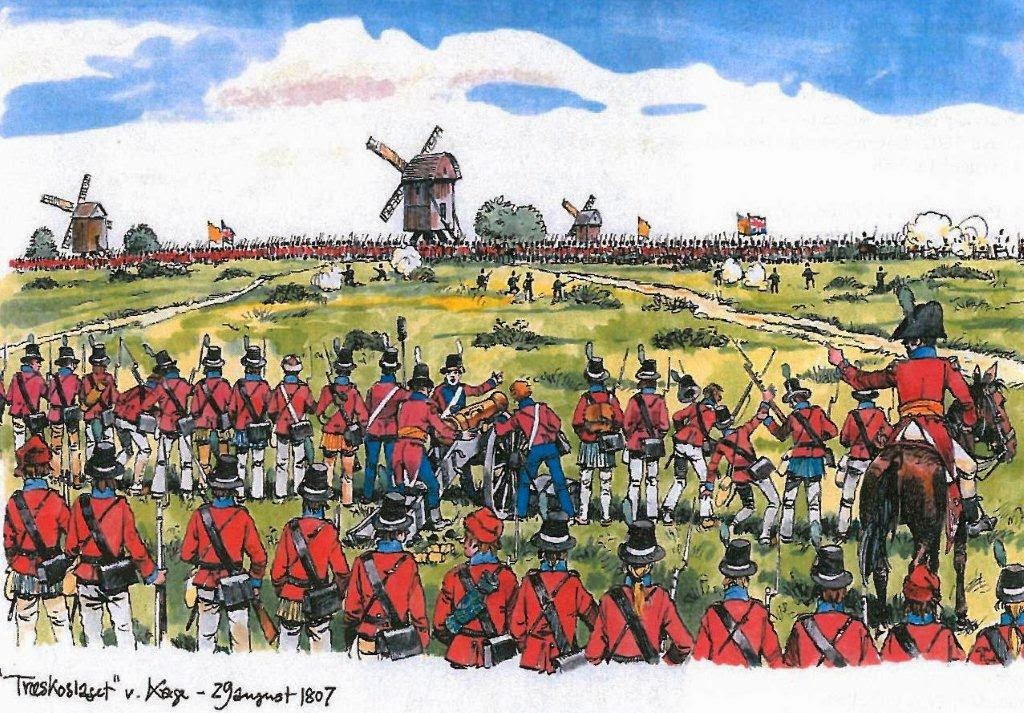 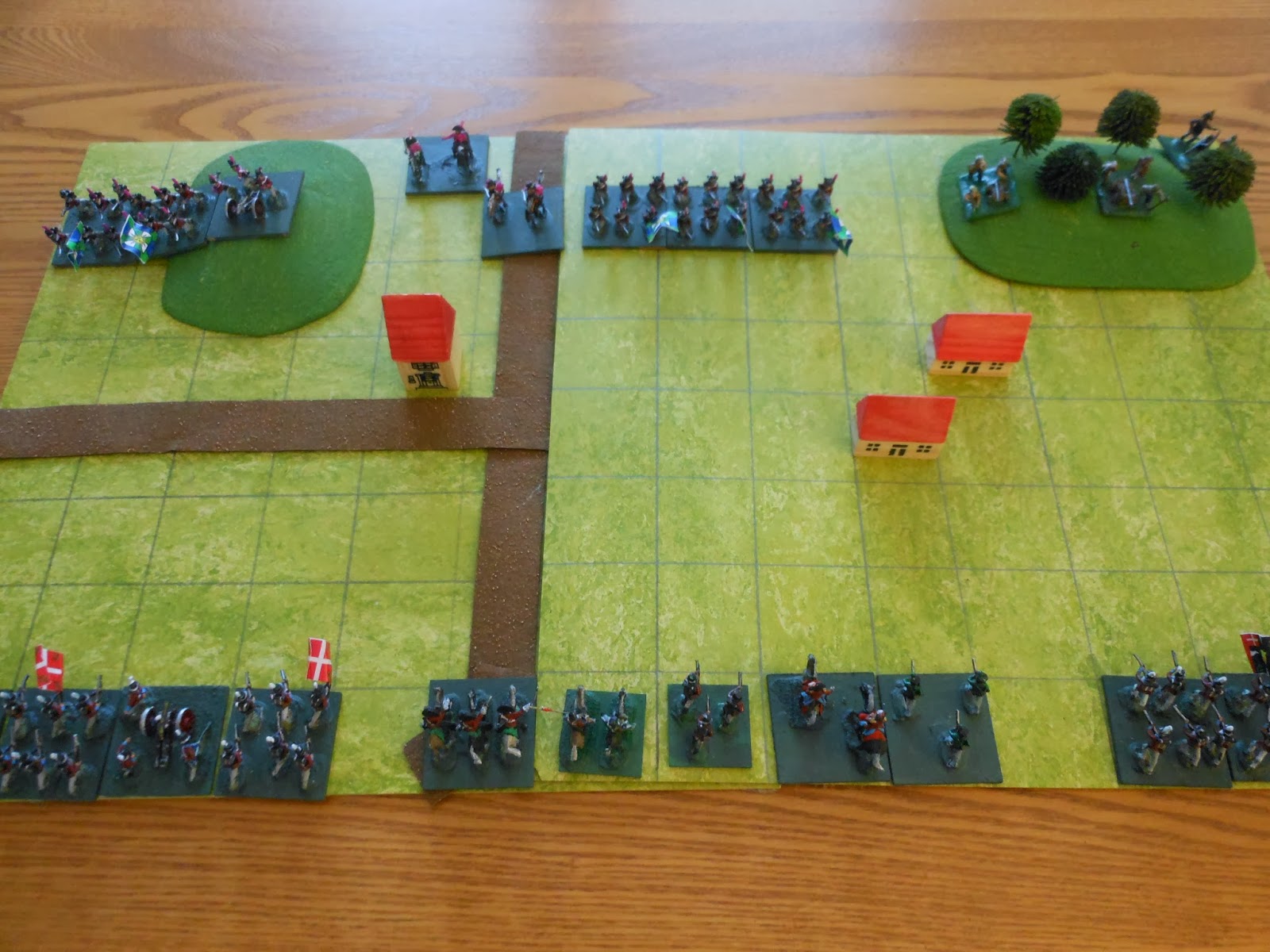 Don't forget to click on the picture for a better view.
The Ducal forces at the top of the picture are all militia except for the hussars on the road and the sailors/naval guns on the hill top right.The Danes, at the bottom, are a mix of Landevaernet (militia) infantry/cavalry/artillery and regular cavalry/infantry. Battle report later..
Posted by tradgardmastare at 10:04