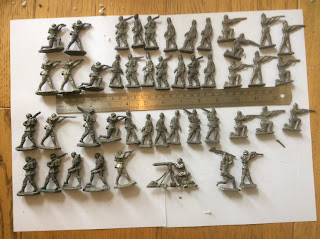 The figures below are 40mm semi flats which will need quite a bit of repair work before they can take to the table especially the lying firing pose. Eventually they will fight alongside the ones I worked on the other week. Also included were these 28mm round figures which I think were homecasts though more recent. I can’t  identify them, any thoughts?
The figures in the above photo I will add to my interwar set up. They include Schneider figures I have not seen in the metal before. Currently not sure what to do with them but I think that says more of me than them. 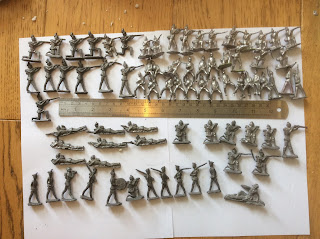