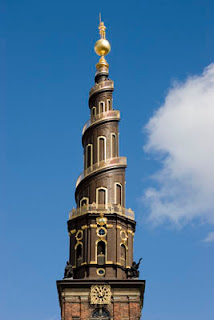 The herald comes out onto the balcony and after a fanfare reads as follows:

God be praised ! News has been received from London that His Grace the Duke has been found safe and well upon the shores of Britannia. He is currently being conveyed to London by carriage where he will pick up a Galley to the Duchy directly! His Britannic Majesty has pardoned the Duke for his Jacobite aberration and has greeted him fraternally. A Mass of thanksgiving will be celebrated this night by order of the Duchess. God save their Tradgardian majesties!

With a final flourish he exits into the steeple for a well-earned excuse to drink his Grace's Health !