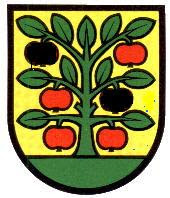 A letter arrived at the Palace in the Duchy of Tradgardland. It bore a seal emblazoned with the the Arms of the Duchy of Skogsmork- an apple tree with 2 rotten apples and four red ones. Duke Karl Frederick took a long look at it prior to opening it - He read as Follows:
To Karl Frederick , Duke of Tradgardland ,Greetings from the Duchy of Skogsmork!
It is with greatest sorrow that I write to inform you of the passing of Duke Albrecht - seventeenth Duke of Skogsmork. His funeral took place last Wednesday and his remains are now interred in the family vault at Schloss Skogsmork. He is succeeded by his son Otto. Long live the Duke!
signed this day of April 1758
Stephen Poliakoph
Secretary to the Duke
The Duke passed the letter to the Duchess who read it with due care and said -
So Cousin Albrecht has died at last- it is years since we heard from him or his Duchy. The last time you saw him he took offence whilst out hunting.You must remember the fuss!
Yes dear, yet these years have been ones of peace- little or no communication betwixt our Duchies but no trouble either!
Young Otto has finally ascended to the title. A rather different man from his father , if the stories are to be believed.
We shall just have to wait and see my dear - time will tell......
Posted by tradgardmastare at 10:20