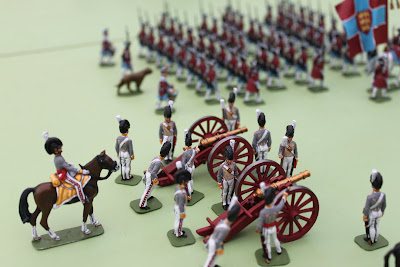 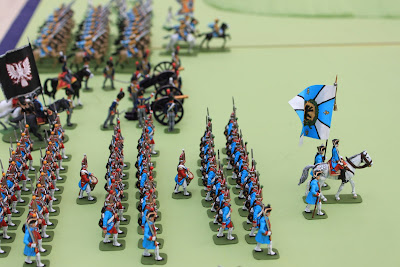 It has been busy of late ( in fact the summer has been too) here at the Duchy. Saturday saw our long awaited game at Claymore. Our "old school" game of the Action at Spurlash Down was well received by the show going public. My thanks to Phil W, Tony and of course Phil Olley who organised the game and provided the figures. Phil W took the superb photos I have posted and Phil Olley (of course) painted the figures. We won fourth prize ( I now see on GWP that we were in fact 3rd equal!!!) in show which we were all very pleased with.
I will not spoil the battle write up ,which will adorn the pages of the Classic Wargamer's Journal, save to say that Major Von Fripp learned a great deal of how to / how not to command an army. I commanded the Imperial Army and some glorious charges ensued, not to mention a heroic village defense! A rather nasty sting was in the tail however... I hope you enjoy the posted piccies.
Yesterday saw a day at home preparing( it has been part of our lives since June when the tests began) for my Wife's admittance to hospital which happened this morning. She will have a big operation tomorrow, hopefully getting home at the weekend, and will be off work for around 12 weeks plus/minus afterwards. So the girls ( not to mention the guinea pigs who have been with us a week now) and I are holding the home front . It will be a busy time ahead here with my wife needing looked after by us on her greatly anticipated return.
I hope to continue to paint,blog and plan, as and when I can . Do keep reading for further updates.