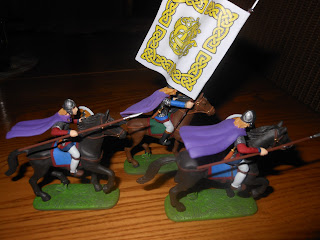 Yesterday my 40mm  pre painted Anglo Saxons and Vikings arrived from Expeditionary Force in Singapore. I finally got them unpacked this afternoon.They were really well packaged and travelled extremely well.So I settled down for a litttle light converting.Figures cut well and stuck on with superglue. In the first picture I have converted a Saxon Cavalry standard by taking a viking figure repainting the cloak,swopping a hand and adding a banner. 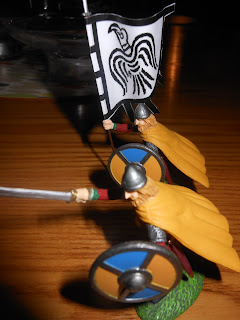 The above vikings have had a paper banner added and a sword hand stuck on from the mounted figure in the first picture. 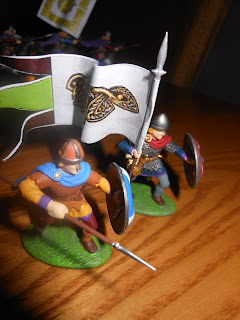 All I have done here is to add a banner to make a Saxon standard bearer . 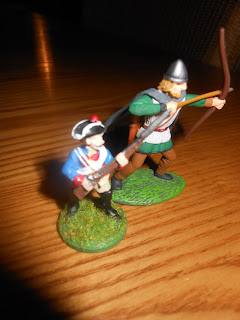 Finally a picture to show the scale involved. A 25mm SYW figure stands with a 40mm Expeditionary Force archer.
I am delighted with my figures and will set up a game soon using Tidders Saxons v Vikings rules. A pleasing enjoyable half an hours work.
Posted by tradgardmastare at 17:00