l do find the interwar period fascinating. Before the advent of a Very British Civil War some years ago I had read little of that period in British History. Through the forum online and people I corresponded with ( especially al front who was a mine of information and encouragement) I read loads of articles about that time and really became hooked- kibbo kift,tankettes,biplanes and much more .
This interesting reading was built upon by watching Pathe news and other footage from the period. I especially enjoyed seeing British manoeuvres in the later twenties and early thirties. The heady mix of old and new, horses and tanks, biplanes and much else is something I wanted to reflect on the the wargames table. The figures are old toy soldiers, metal and 54mm scale, I was lucky to buy three already made biplanes  (1/48) on eBay and the vehicles are old dinky and new sky birds. I have set my games in my imaginary England called Albion so I might include might of beens such as bicycle mounted infantry. I hope you enjoy the pictures. 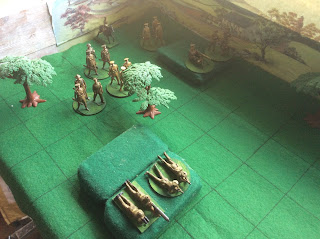 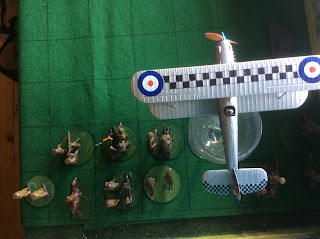 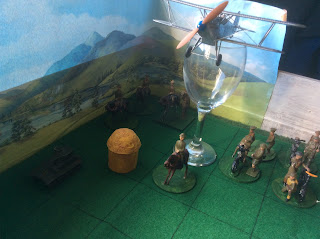 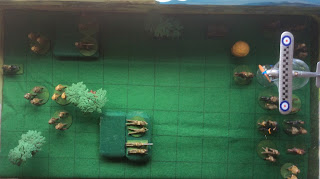