What I painted yesterday.

The first University of Edinburgh art history course I took when I retired was on Medieval Manuscripts. It was fascinating with an excellent lecturer’s input and good discussion from fellow students. One area I found particularly fascinating was that concerned with those bizarre small drawings in manuscripts, what are known as marginalia.
Strange pictures of snails fighting men, weird beasts and of course rabbits! Rabbits with bows,swords and much,much more. Here are a couple of examples 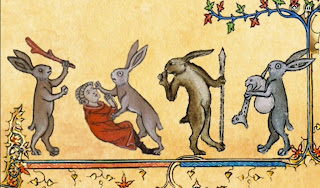 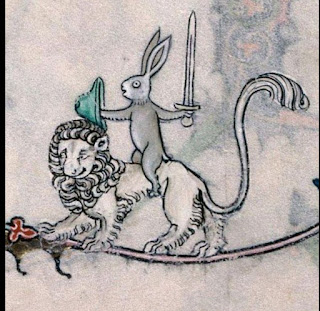 Then came the Kickstarter and how could I resist? The world of marginalia made into lead wargames figures. The sculptor did great research and made rabbits based on manuscript illustrations. For example the rabbit on a lion,the rabbit on a greyhound holding a snail as if hawking and a rabbit attacking a monk. I backed the Kickstarter and in time beautiful figures arrived. They had been put on the back burner until yesterday. So I decided to spend the afternoon enjoyably painting and ended up with a 24 point army for Dragon Rampant not to mention some scary rabbits! Here they are- 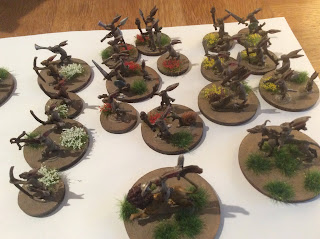 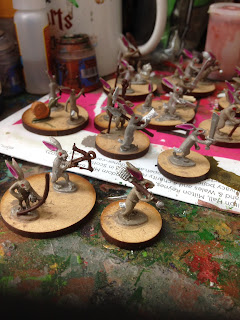 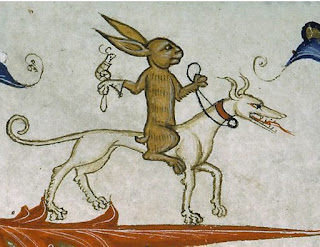 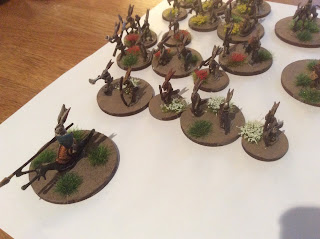