A while back I was given these splendid knights by R and a model elephant too. Here is a photo of them as they arrived in the box and photos after I have worked on them. Weapons were replaced and two handed swords given to the foot knights with plumes by means of plastic sheet. After painting they were all given a good gloss varnish and are now ready to fight once more. P.S the wee elephant is fine and will appear later in another project. 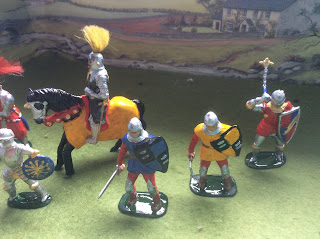 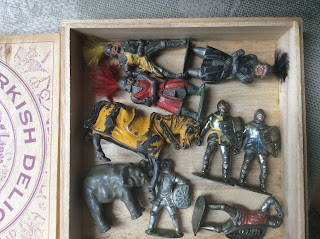 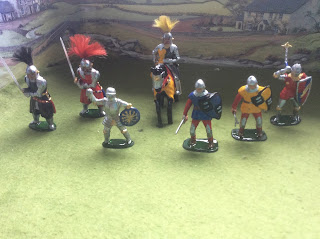 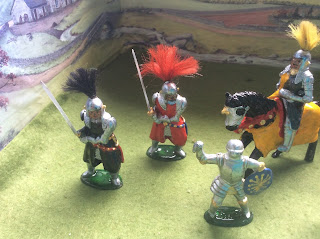