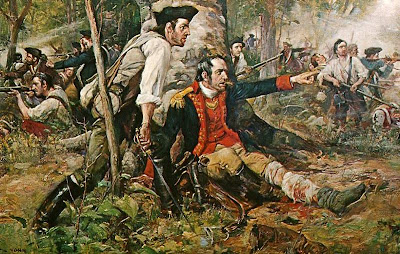 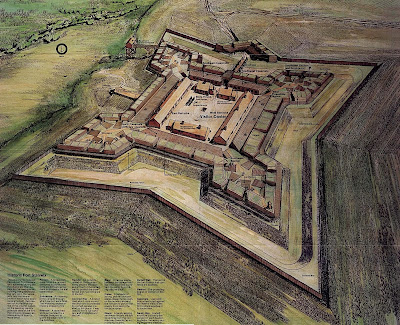 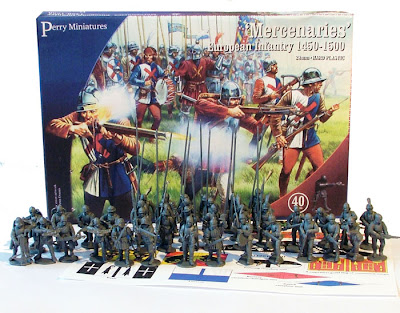 It has been a good Christmas. Jan has been better than ever we imagined. We had a super day yesterday in Perth where we shopped ,wandered about and had lunch. On the way we collected my parcel from the P.O - the fantastic Perry plastic late medievals. I have opened the box only as yet but have already fallen for these graceful warriors. They will form part of my late 15th century German army along with older Foundry figures that have been waiting in the wings for years...

I have enjoyed also the time and energy to read- the D M Cornish novel has been restarted and is proving enjoyable as ever with it's fascinating imaginary 18th century world so well evoked by the author. I have enjoyed the Osprey on Philadelphia but my heart remains with the Saratoga campaign and the fascinating mix of troops and scenarios...
I have posted two pics of the campaign -Herkimer bravely commanding in spite of his wounds and a super picture of Fort Stanwix. I hope to get a small game upon the table in 2012- enough to satisfy my interest in the period and use the "Gentleman Johnnie's War " rules I kept from a magazine many years ago. The project has had a boost also in the very reasonably indeed price I am buying some unwanted unpainted British infantry for from a friend
- thanks Ted!
Hope to get some figs cut from the Perry spru after my return from the doc's to get my flu jab
-have a great day !
Alan
p.s Don't miss the new "Upstairs Downstairs " from the bbc it was well worth watching when it comes to your public service broadcasting or on i player...