Inspired by the German flats such as these depicted below-

I attempted to paint a flat iron clad on perspex.So far so good but I am not ready to reveal my work.By the way can anyone recommend a set of simple,fun ironclad rules I could use on grids or not gridded surfaces?I will post a picture of the ship if and when it turns out.
Inspired by yesterday's game, and using the book  below bought in 1977,I painted up a Napoleonic landing party for use with the Portable Wargame. 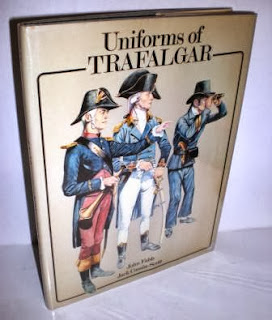 The gun crew elements I converted in 1987,scratch built the guns from card,rods and a cut rubber for the wheels.I abandoned them but found them recently and finished them today - rather a long time waiting...
Game 2 Somewhere on the Danish coast 1807 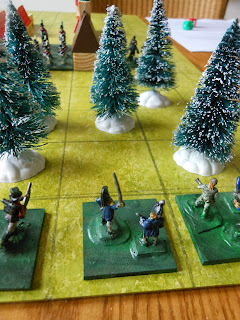 Captain "Lucky Jack" and his ship's company have landed on the Danish coast and made their way inland.They are to capture the small village of Lurpac where a British spy is being held .The British Tars and Marines count as elite under the rules.The spy is to be rescued then escorted back to H.M.S Surprisingly awaiting off the coast. 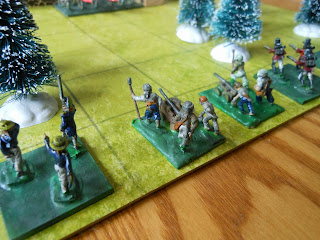 The men are assembled and waiting in the woods.They have seen that Lurpac is defended- 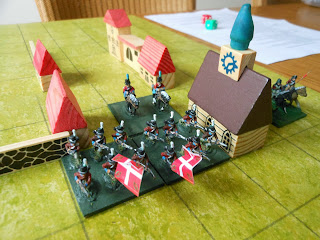 Two coys of Landvaren infantry are defending Lurpac along with one small unit of cavalry.The Danes have sent for reinforcements but how soon will they arrive? Game to be played tonight or tomorrow- can't wait!
Posted by tradgardmastare at 16:15