I've been working towards a 19th Century Square Brigadier game. As I was involved in the Herring War campaign in Padre Paul's Funny Little Wars Campaign book it was natural to do something with a Scandinavian vibe.So I have begun to gather figures (thanks to Conrad Kinch for the great majority so far) for the Kingdom of Lurland aand it's arch rival the Kingdom of Norroway. 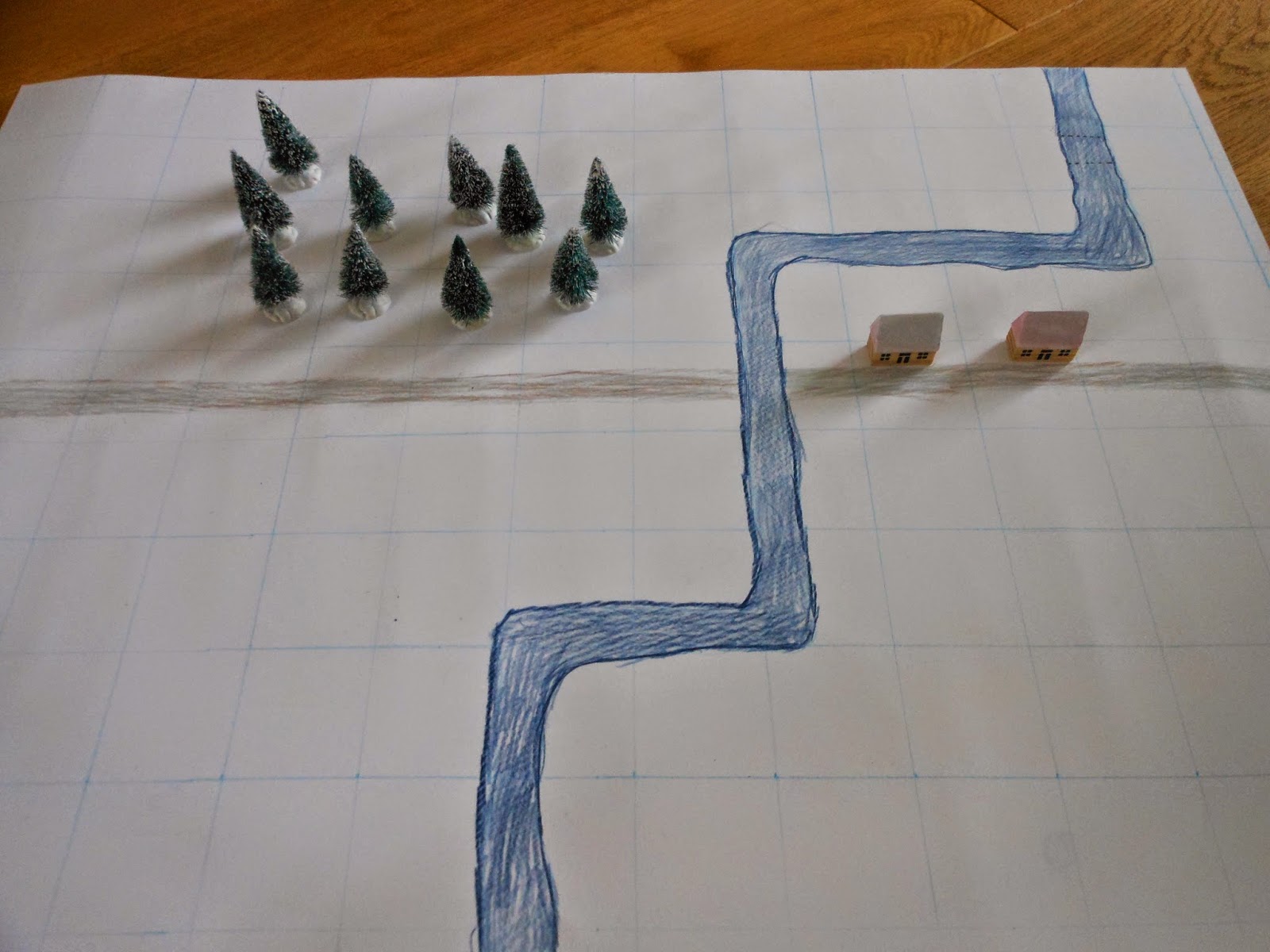 I got a sheet of A1 card from my daughter,drew2.5 inch squares on it and added a river& road with coloured pencils. Trees were set down to see the effect and a couple of wee wooden houses ( with white painted roofs) added.I was relatively pleased with the results. 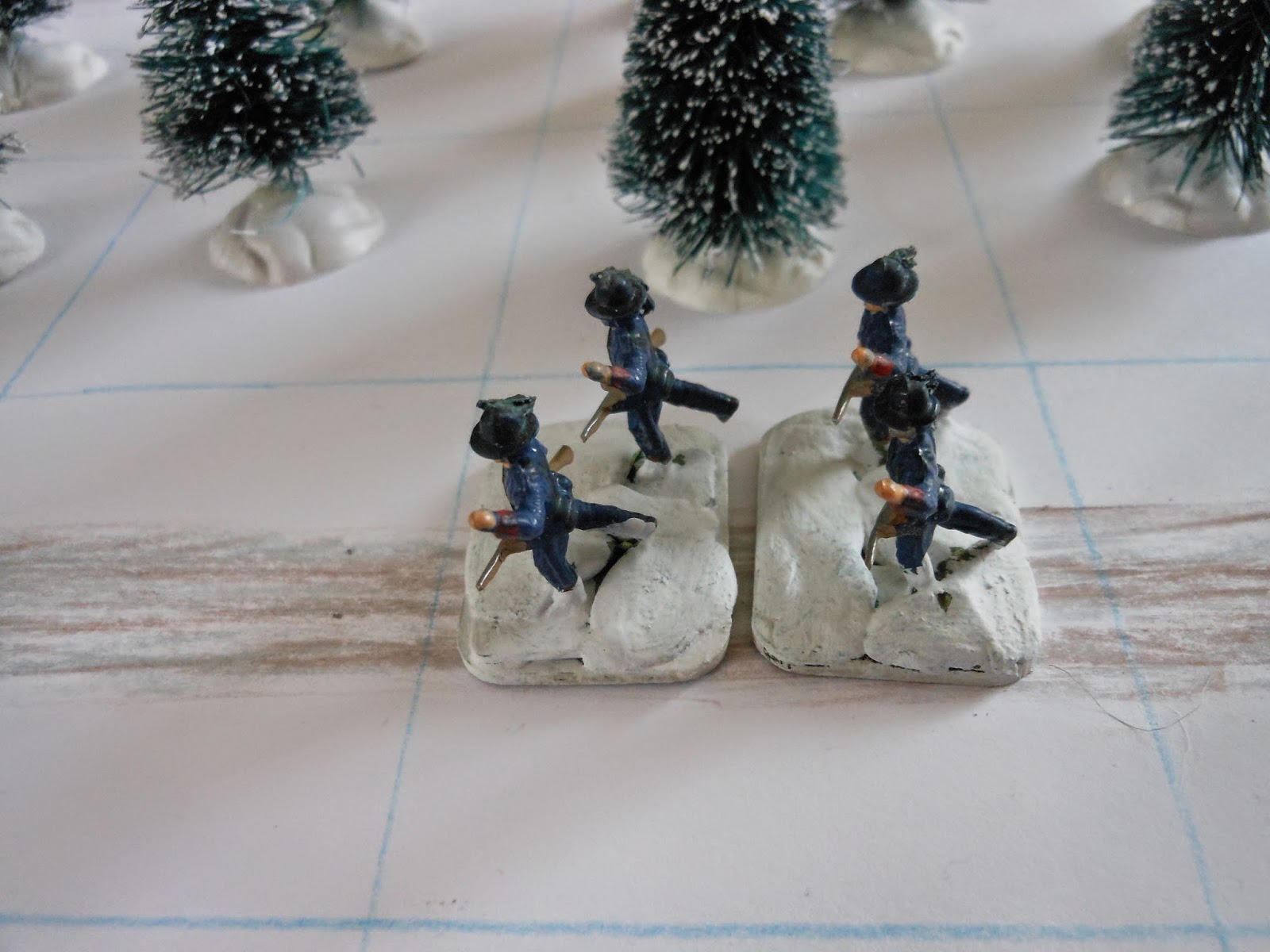 Some Norroway Guard running down the road. Hope to get more painted tomorrow. I am looking forward to a frozen herring war.
Posted by tradgardmastare at 20:22