For some time now I have been fascinated by the early day of military cycling especially the 26th Middlesex cyclists as pictured above. Here are some more pictures- 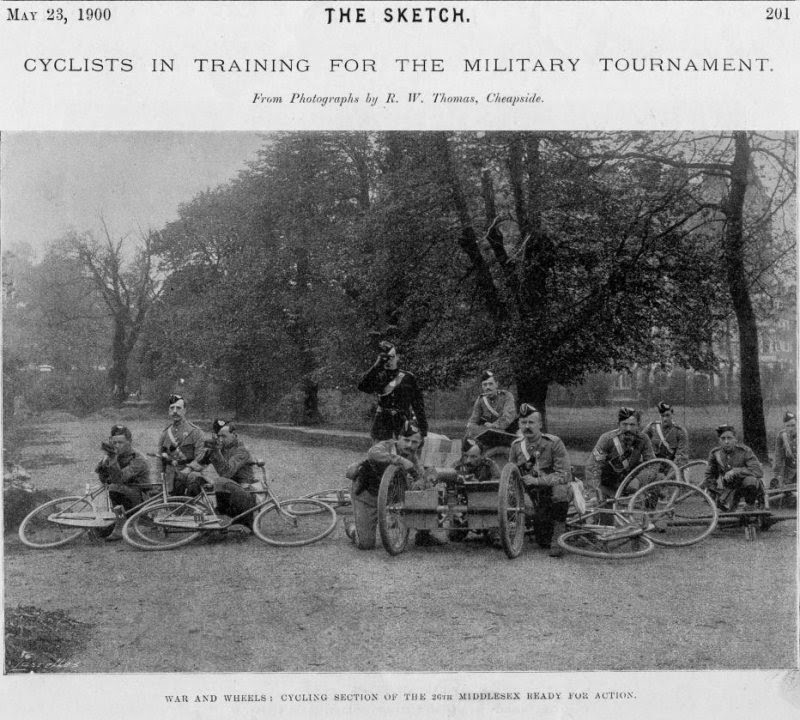 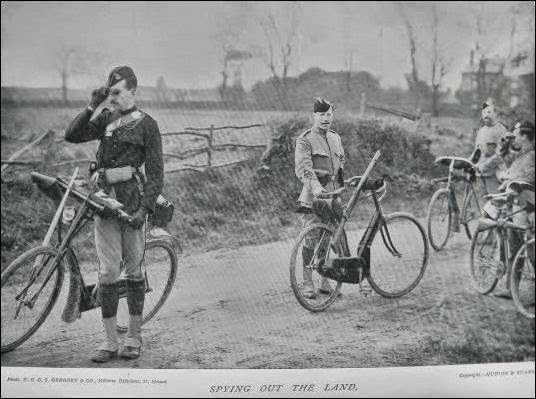 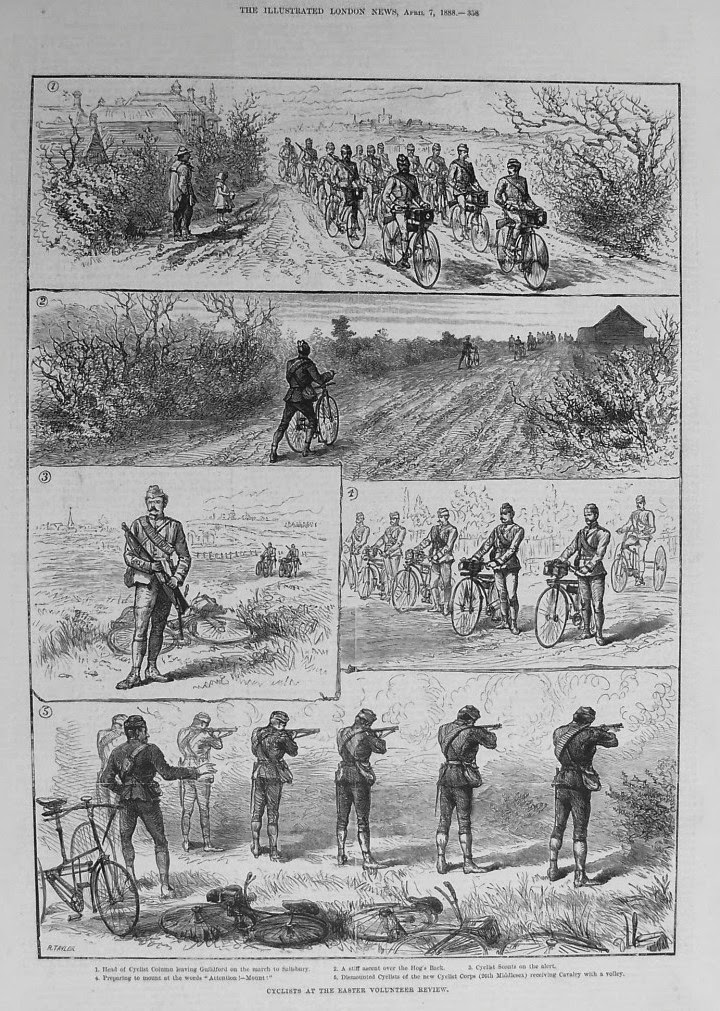 I have become interested in the arguements pro and con their useage in the warfare of the time and such manouvers as those held in Sussex  August 1900. I fancy giving the arguements a go using The 19th Century Square Brigadier rules and some 1/72 figures.Anyone got ideas/available  figures for me to form a few cycle units?
Posted by tradgardmastare at 09:24