On the work bench

Today , after some gardening,was partially spent rebasing figures and organising what will be some French Light troops of the syw. I attempted some hand drawn and coloured flags which were a disaster. The pens made the paper too vulnerable and the look was awful. 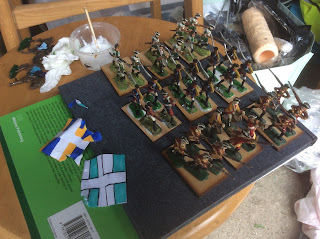 I will have a think and try later. I don’t imagine that commercially available flags are produced for these lesser well known units. So any flag making suggestions welcome. On a more positive front this arrived from the splendid folks at Caliver Books- 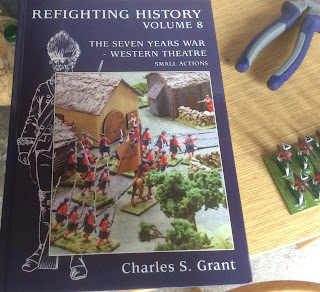 This is a visually impressive book, well produced with lots of information, scenarios and inspiration for the hobby. I have only begun reading it but I am most impressed so far. So tomorrow will bring some more sorting , rebasing and perhaps another go at the flags. Some sun would be appreciated also.