I have been interested in these Irregular Miniatures 42mm quarter flats for ages. I wondered about their compatibility to fight in games with the P.A semi flats. As I was ordering some highlanders ( a story for another day) I got a single French Infantry figure ( from the syw in America range) to have a look at. I really like the look of him but wonder if he would work alongside the Prince August ones. Here are some comparison photos. Remember I don’t want to mix them in the same unit just have them in the same game. Let me know what you think. 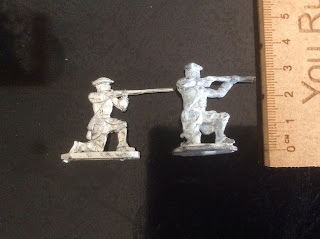 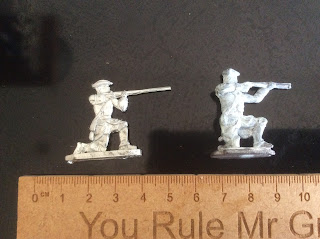 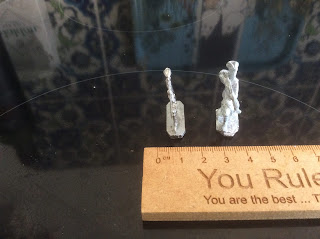