I have a coffee standing order which comes once a month. The boxes are most useful for storing figures- 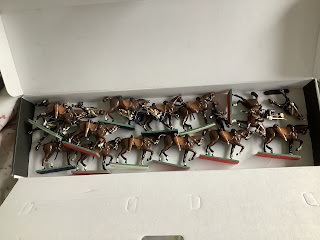 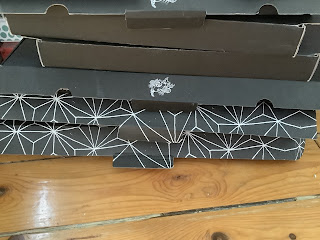 I also wondered about using them as a game in a box. I was thinking of using them to store both sides in a particular period, enough for a game on the permanent Wargames set up. This would perhaps also have appropriate scenery and other bits n bobs. All I would do would be take the box off the shelf and play. Perhaps also the box might have a couple of dice, a4 sheet of rules and a measuring stick. First one to be worked on will be a 1920s where  the Holy Roman Empire still exists and a plethora of little states fall in and out of alliances. In other words an excuse for 40mm semi flat fun.

Yesterday I was reading about the Reichswehr and it’s training. The training manuals encouraged cavalry to still use lances , in spite of WW1, until they were abolished in 1927..