Sunday and a monochrome side project

Sunday was most enjoyable with the pizza oven performing very well. Good food and company ( not to mention quite a bit of sunne ) made it a festive occasion. 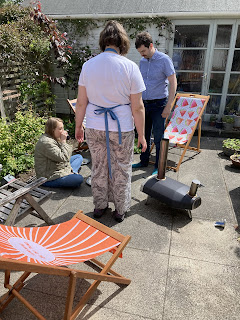 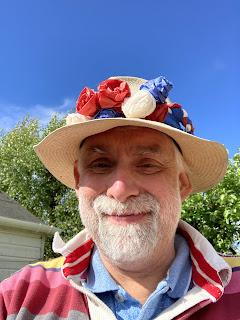 A early morning selfie with the hat that had been decorated for the school royal celebration of ten years ago. 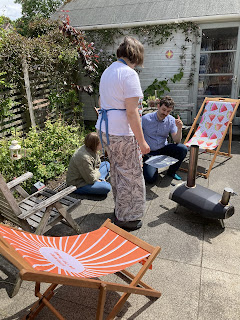 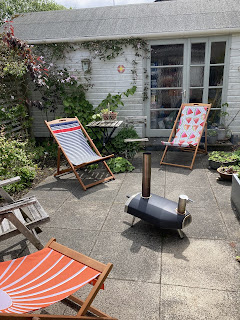 Later in the day , post visitors, I worked on a wee side project of a monochrome nature. Figures and scenery are all monochrome. I am going to adapt the rules in the picture below to represent urban unrest in an 18th century city. This will be a small project played solo on a small board. Hopefully it will involve different factions in the city as they battle for control aided and abetted ( sometimes thwarted) by civilians. The factions  include a gang of theatre performers (notice the hobby horse figure) and the Night Watch to name but too.. Other ideas include thieves, courtesans, innkeeper, local politicians, guild members and the like. 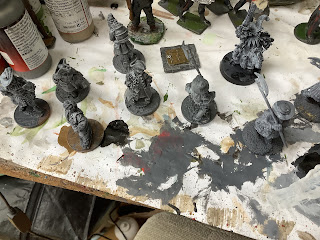 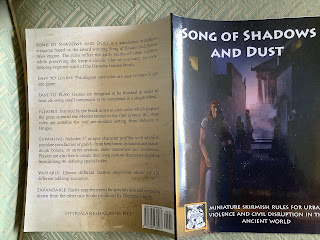