In my last post I mentioned the simple Napoleonic rules l have enjoyed reading for years now. They contain a campaign system and an account of a battle the author fought with Bill Gaskin using his figures. The account contains pictures too. Not a huge game but tactically interesting. It has long been on the back burner to do something similar but not set in Spain.

In the late eighties I got the dentist who designed for/ owned Eagle Miniatures to design some 1807 Danish troops for me. He did so and I was delighted with them. This was long before the Danish army was so well documented by books as it is now. I collected information and wrote off to individuals and institutions. It was fun in a detective sort of way. Anyway not that many of the figures made it onto the table over the years but are still about. 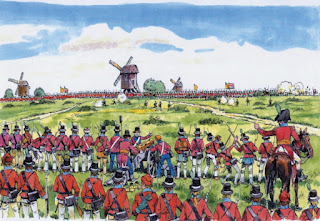 Having been inspired by the recent Copenhagen trip ( as was my first interest in all this in 1991) l feel it is about time to do something about this game wise. So the plan is to complete forces for British and Danish armies of 1807 . It will represent the British Invasion of Denmark, battle of Koge and Siege of Copenhagen but with liberties taken to make a fun game. Here are some key ingredients-

Games will be played on the six by three dining room table.

The Danish forces will contain volunteer, Landvaern and regular units.

Simple terrain and basing with some scenic elements.

Units of about 24 infantry , 8/10 cavalry and individually based skirmishers.

Emphasis on fun , playability and enjoyment. 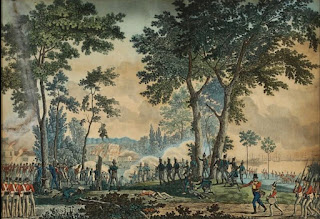 So that’s the thoughts so far. I’m 62 , been thinking about this on and off since the mid eighties and I had better do it now. More on this in the coming weeks…