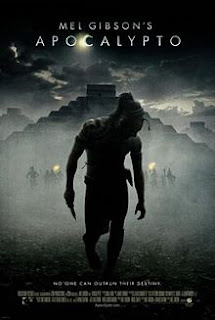 I have just watched an excellent film on BBC I player called Apocalpto. I had heard some things about the film but had never watched it so I went for it today...
I'm very glad I did because it was so evocative of time and place for me. I am no Mayan expert but the film seemed to capture the essence of life,warfare and death so well. I do so enjoy films that do this .
For perhaps our 18th century one cannot go beyond- Barry Lyndon, for some time earlier -Touts les matins de la monde and for the Napoleonic period- The duellists.
I guess I am not necessarily talking about 100% accuracy or as near as one can but films that take one to another place and time so well. I would be interested to hear here your comments about the films that do that for you!
Posted by tradgardmastare at 12:07