Saturday in Tradgardland (so far) 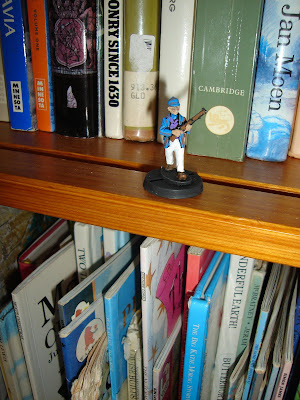 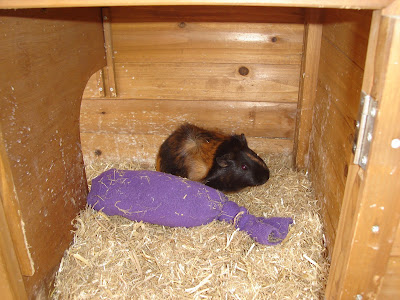 Weekend at last! Woke at five, up five thirty as I couldn't get over again. I laid out my paints and figures for such an eventuality the night before but find myself too fatigued to put brush to lead. It is a funny thing but the tireder one gets the harder it is to sleep!

I thought I would post to diverse images instead- firstly Pumpkin the guinea pig with a straw filled sock-friend for company -recently made by Jan and Freya . Pumpkin is doing well and adjusting to solitary life ...

Secondly the partially completed Ratty from Musketeer miniatures. I could not resist painting him in blazer and cap from my old school - I think the blue and chocolate brown go rather well together don't you?

It is a rainy, dismal day here in Tradgardland. I will pop up town for shopping later en famlie or possibly alone - we shall see. I have a notion to have a go at some 2D ish hills a la Soweiter League and may pick up bits for that from the local model shoppe. Last weekend was filled with report writing and it is a joy not to have them to do this weekend.