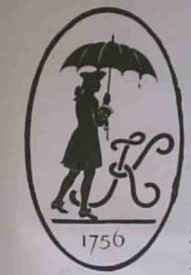 Tuesday Morning...
It has been unseasonably hot here in the Duchy of late- much to our surprise and delight. Much of my days have been in the garden pottering,reading or just enjoying the sunne. I don't recall a summer like this for years!
On the hobby front  little has been done but-
I have bought a green felt cloth to game on at last.
I have started reading around an 18th century campaign( partly inspired to do so by a watercolour of a castle which was given to my late father and which we will hang here soon) with a view to using it on the tabletop.Two Osprey books on it are in the post as I write as well. I have assembled some forces for it from the Lead Mountain ( a work in progress) and I found some flagsheets still unused circa 1996 in a book too.I want the project to reuse current lead as much as possible to save expense from the Ducal Warchest.
I am working around Interewar gaming potentialities with my Swedes and a potential opponent- probably Norwegians. Anyone know section/company  organisation for them around 1930?
Off today en famile to the Botanic Gardens in Edinburgh . Let the sunne shine on...
p.s will post piccies of finished kitchen extension soon
Posted by tradgardmastare at 07:52