Old Toy Soldiers or picking up an old project & can you identify these?

I started this project last autumn when I was off work recovering from an op.I laid it aside and have thought about it on and off periodically. At the weekend I looked it out and completed a few figures from it. 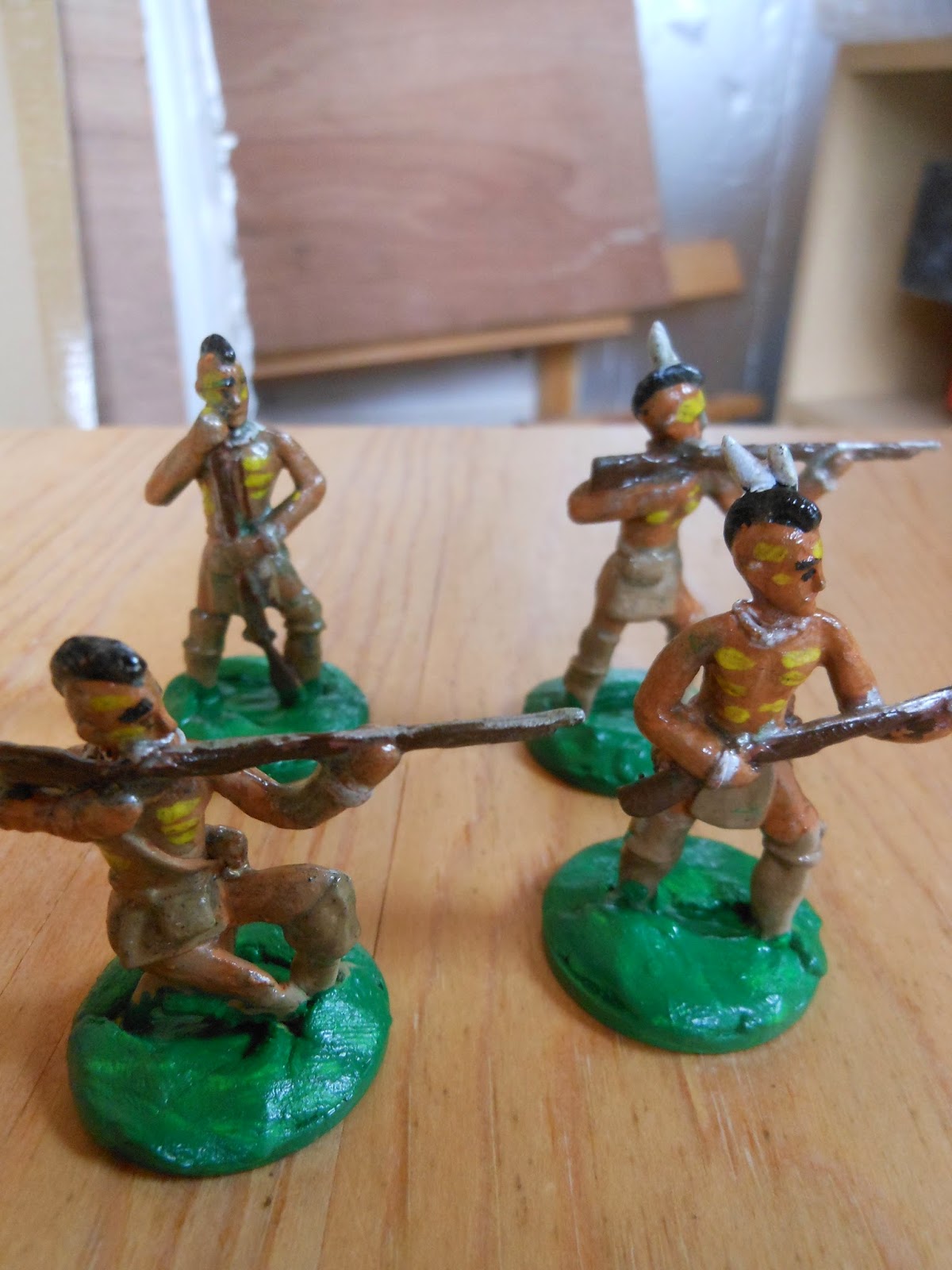 They are 42mm Deutsche Homage figure from Irregular Miniatures.Not to everyone's taste I know but I do like Heyde/Haffner look of them.They are most definitely toy soldiers and that is the look I have gone for.They are an integral ,if not representative,part of one side.The others are moving forward on the paint bench,but will probably now have to wait until next weekend before being worked on.

Recently I have been on the look out for the opposition.I had thought of some more Irregular chaps but came across the figures below and bought them.They were waiting for me at home having arrived in the post today.They were just under £20 pounds,including postage, for around 25 of them- 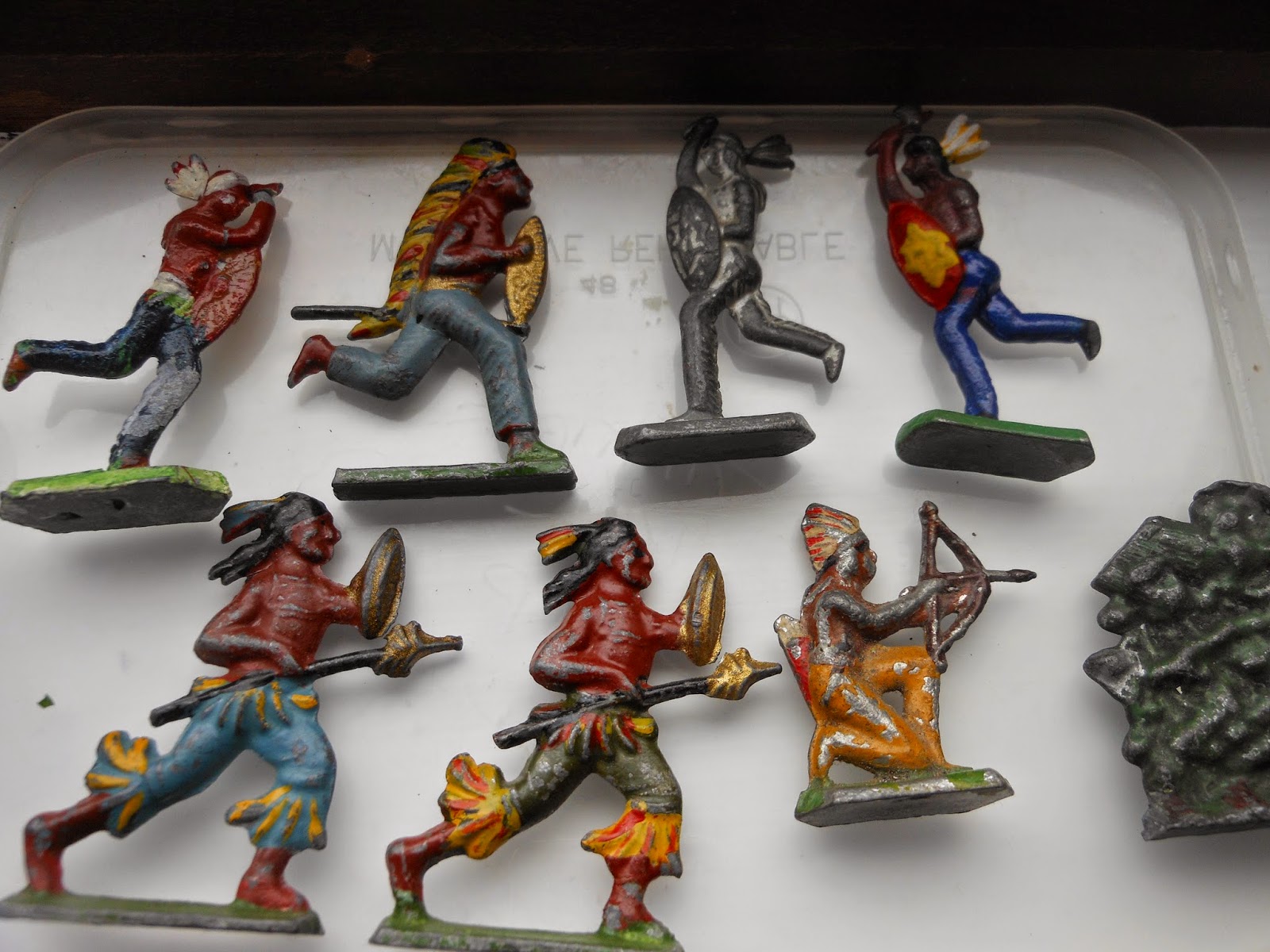 I am pleased with these well played with figures.They are battered a little,different in scales with the bowmen kneeling being  smaller than the running and charging others-yet for me that just adds to the charm of this endeavour.Paint is flaking and I think I will restore/repaint them,trying to retain as much of the original paint as I can,They will make an excellent start to an opposition force. Can anyone shed light upon their age,manufacturer etc?There seem to be not marks on the bases as far as I can see. I am not interested really in their value but just want to find out more...
Posted by tradgardmastare at 20:36