Got round today to painting the bases and basing onto felt topped Mdf  my Hessians I had professionally painted for me. Three units of thirty figures, six dismounted Hessian Hussars and six mainly dismounted British dragoons. They will serve in 1745 Jacobite Rebellion against some forthcoming highlanders.

They will also take a boat across the sea to fight in the American War of Independence against the inhabitants of Karl Frederick County ( or KFC for short) who have joined in the Rebellion. The KFC is populated by immigrants from the Duchy of Tradgardland who settled in the Colonies. 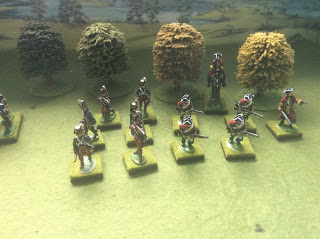 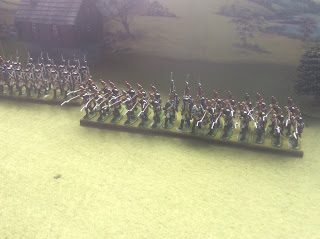 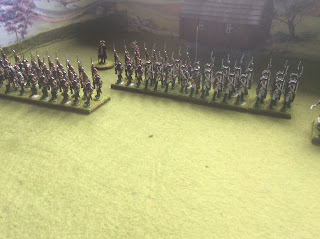 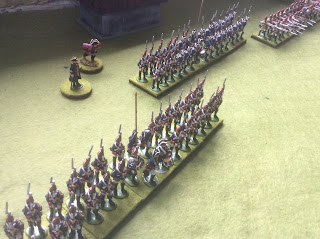