Got some 28mm wofun figures from DC this week l had bought from him. They are enough for a aTable Top Battles imagination game set in the 18th Century. A heady mix of irregular Indian cavalry, hussars, dragoons ( mounted and on foot ) and other cavalry. I do think the figures are splendid and really well animated. Here is the game  I set up just after unpacking them. 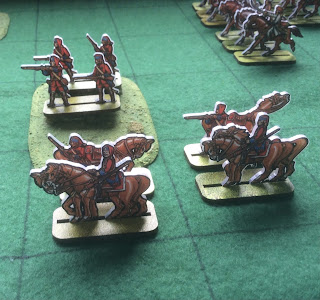 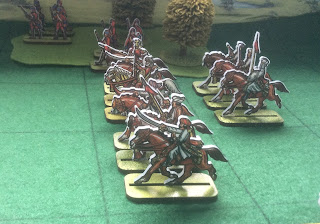 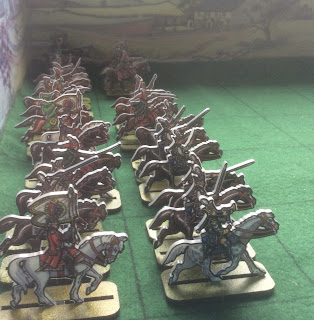 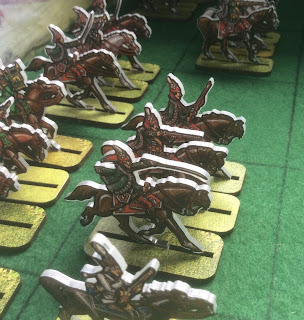