Towards a game using Alexander’s Toy Soldiers set in circa 1689 using Table Top Battles on a grid.. 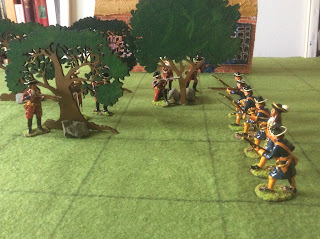 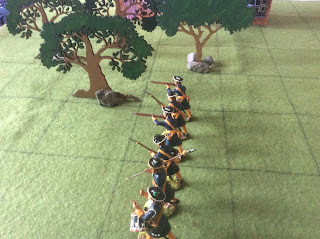 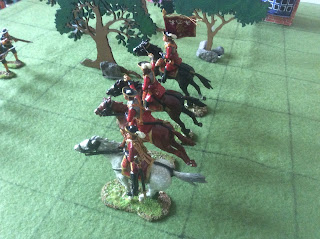 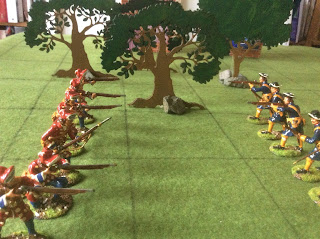 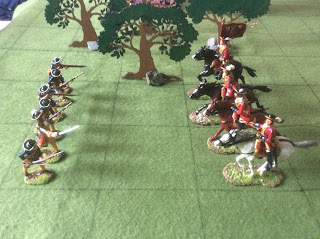 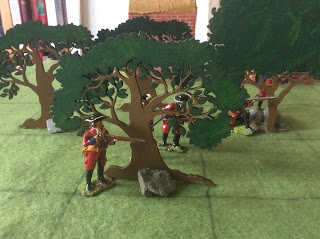 At the recent Woking 54mm wargames day ( see http://mikelewis.info/littlewars/?p=911) l really enjoyed playing in Anthony Morton’s ECW game. The figures and terrain looked great and the Table Top Battles Rules served us well. On my return home I began to plan using the rules for later 17th Century Battles. I began to plan what size of bases and movement trays might work- 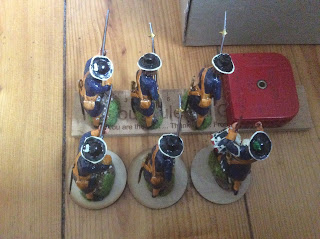 I tried various dimensions,  options and shape of bases but in the end was not satisfied with the look of the game. I did wonder if I even needed any bases/trays so set up a trial skirmish just to see the look achieved. Alexander’s Toy Soldiers are bigger than 54mm so I decided on three infantry/ dismounted dragoons to a square and two cavalry to a square. I took some photos and was pleased with the results. Let me know what you think. I will have a play of 5he game next week...