How should this differ from this or even that?

I am considering (having looked at the unpainted figures I have and will have soonish- already paid for through a kickstarter thingy) taking Tradgardland in the Napoleonic period.I have already done so in my gaming with some very enjoyable portable games against the Danes and British naval landing crews.
What I have in mind is what I call the "Archduke Piccolo" solution- namely that one can have a good tactically satisfying,not to mention fun,game with sides consisting of 2inf batts,1 cavalry regt and a gun.I can't recall where he wrote this but it has stuck with me ever since...
That is what I think I might go for. Batts of around 24 figs,half of that for cavalry But how should my imagination gaming with 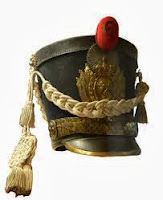 differ from my battles with 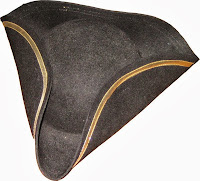 In other words how, using simple rules can I make my gaming experience  in 1806 differ from mine set around 1750?
You thoughts and ideas are needed.