Raiders/Mercenaries from the empire (not TM)

I have always been fascinated by the Holy Roman Empire and that old chestnut about it being neither Holy,Roman nor an Empire. 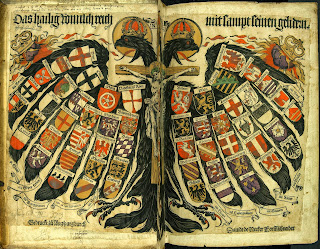 Because of that I have always had a soft spot for GW's The Empire.In fact I still have my old copy of their supplement about it from many moons ago- 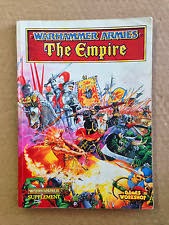 I have always felt less comfortable with aspects like the uniformity of the different state's troops for example but nevertheless find it interesting still.
I have been painting some figures for warbands to use with the Songs of Blades and Heroes skirmish rules lately. I have tried to get a vague background for them-the empire.A sort of Holy Roman Empire but with all fantasy races at the same technological level. So goblins dress in renaissance clothing like everyone else for example. Here is my first effort- a GreatGoblin/Orc(?) raiding party- 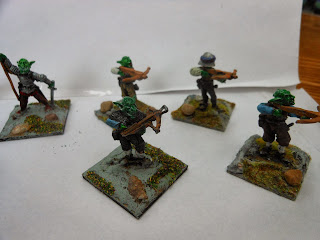 Redoubt/Dixon figures with White Knight's Miniature Imperium heads added.Some I painted ,some are painted figures (by someone else) I had lying around with a head swop. 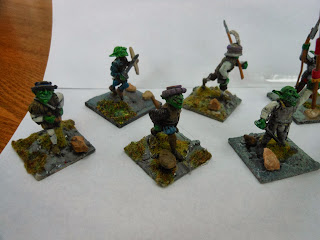 I have really enjoyed working with these figures and getting them ready. 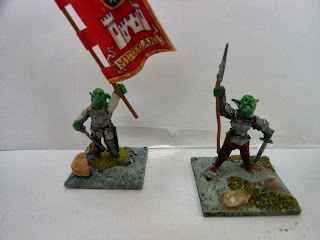 Here is the band's leader/hero/anti-hero depending on one's perspective and the standardbearer bearing  a flag "liberated " early in the early days of the band's formation. Finally a picture byPeter Paul Rubens which is a particular favourite of mine- 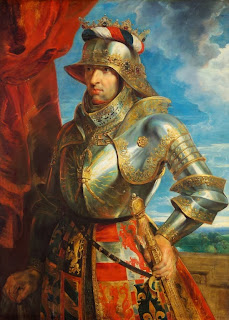 A painting that says something of the atmosphere I am trying to create in the figures for this project.
Posted by tradgardmastare at 10:26