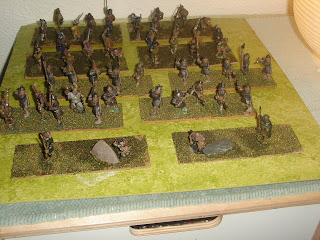 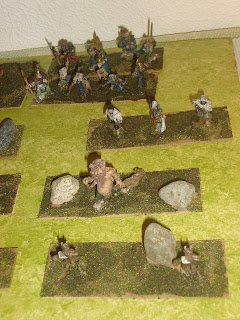 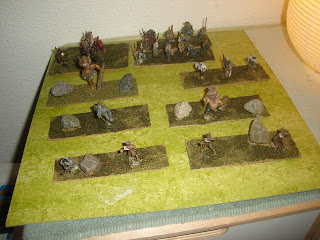 Fife and City of Edinburgh schools closed at lunchtime due to extreme weather. I had a horrendous journey over the Forth Rail Bridge in an over crowded train. The train crawled over the bridge and swayed in a way I have never known before. As a result we were all home by mid to later afternoon. The wind howls outside but we are cosy and safe for the night.
I am posting images of my completed Basic Impetus armies. The Scottish mythological includes amongst others- a base of kelpie,sidhe in chariot and on foot,a druidic shaman and the fachan.Note one of the "old things" as Kipling calls them- old gods who survive in diminised form.In this case it is the Dagda. The Highland/Islands army has skirmishers,armoured islesmen and fierce highlanders.
Those of you still to jouney home I wish you safe travel and a peaceful evening by your hearth.
Posted by tradgardmastare at 17:43