“  Historians agree, if they agree about anything, that the latter part of the eighteenth century was a time of turmoil in the Duchy of Tradgardland. The bad harvests , severe winters, combined with the incessant claims to the Ducal title by the Duke’s younger brother , meant it was a time of uncertainty internally and concern externally within the Holy Roman Empire.”

From Romilly’s “ Shorter history and notes upon the Duchy of Tradgardland for the aid of visitors.” 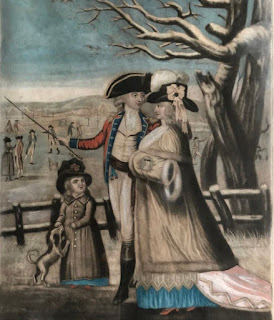 I thought people might be interested to hear my plans , so far regarding 28mm figures raised for the project-

One unit of thirty infantry

One unit of 10 jaegers

One unit of fourteen ski troops

These are currently being worked on.