Spent the majority of the day in the garden. In the afternoon I unboxed some zinnfiguren bought second hand. They will be added to armies for the Tony Bathesque campaign. They are painted but not to the fine standard of the last lot. I cannot make up my mind whether to completely repaint, touch up or just leave. 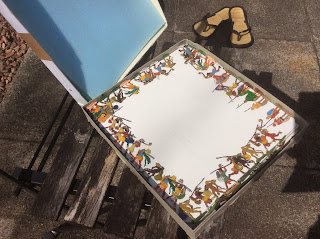 Packed in layers around the edge of foam board they traveled well and safely.

These are from the East Mark. The look solid and dependable spearmen. The forts on the Great River are manned by soldiers similarly equipped. They control the movement of amber,spices and other
goods by boat. 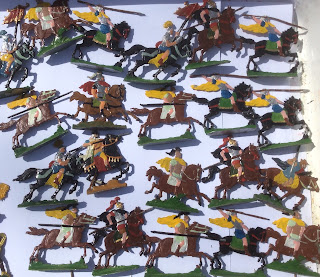 Cavalry from the West Mark. The West Mark has had problems with invaders and continues to do so .Patrols scour the borders to keep what remains of the West Mark safe. 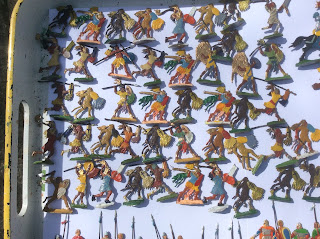 These warriors from the Land of Flowers value feathers and flowers  above all else. They trade for these luxuries which they also grow themselves. War is engaged in both for sacrifice and for conquest. They are beginning to establish trade with the other inhabitants of the region but are also aware of their reputation as fierce warriors. Alliances may be sought soon.